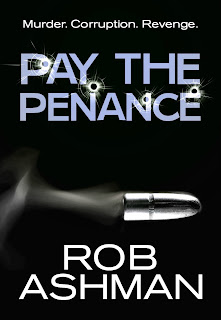 Today Life Of A Nerdish Mum is taking part in the blog tour for Pay The Penance by Rob Ashman, the third book in the Mechanic Trilogy.

Lucas has been tracking a killer, known as Mechanic, when his world is shattered. Unable to continue his hunt for the murderer he is forced to rely on his friend and colleague Dick Harper. But Harper has a knack for not playing by the rules. He doesn’t disappoint.

Meanwhile Detective Moran is trying to piece her life back together. The police stumble upon new evidence without grasping its significance. She has to divert the investigation if she is to survive.

The police are closer to Mechanic than they realise which puts Moran right in the firing line.

Mechanic, as usual, has other plans and the consequences for Lucas and Harper are terrifying…

I am lucky enough to be able to write full time. My wife Karen has a responsible job and works hard to keep me in the luxury to which I have become accustomed, so I have taken on the responsibility for running the house. Well, it seems only fair.

My day starts at 6am when the radio goes off for the news. I get up, make tea and fix Karen’s pack lunch while she gets ready for work. Then I make a start around 6.30.

If I am in full blown writing mode the words start flowing straight away. It’s as if my characters have been waiting for me to wake up and they compete for my attention, each one eager to tell me their side of the story. I write in bed until about 8am, then get up and have breakfast and check my social media.

By 9am I am back at my desk, well when I say my desk, I mean whatever room feels right. I write in the dining room, my office, the lounge, the kids bedrooms and out on the patio when the weather is good. I find that helps to keep the dreaded writer’s block at bay. I also write in two local cafes and the library. I like to keep moving around, it keeps my thinking fresh.

I normally stop for lunch at midday while catching up with the news and respond to Facebook and Twitter messages. Though sometimes I am so engrossed in my writing that I lose all sense of time. This normally culminates with me running out of steam and starving hungry, I look up from my work to find it’s 2.30pm and I haven’t moved.

I try to be really disciplined with social media because it eats up the time. To help this I switch off the wifi on my laptop to ensure I am not tempted when I should be writing. If I want a break I do the food shop or the washing which helps me get things straight in my head for the next time I am sat at my keyboard.

The time flies by and in the blink of an eye it is 6pm when I stop to prepare dinner. Cooking is a great source of relaxation for me, I reckon I am really a frustrated chef.  If I am on a roll I will start work again at around 8pm and write until I’m done. There are times when I finally pack away my laptop in the small hours of the morning. When the voices are in full flow you have to go with it.

My friends are hugely supportive of my writing and are always asking how I have spent my day. I tell them that I watch day time TV in between taking naps. They are fine with that. 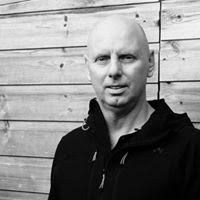 To Connect With Rob Ashman 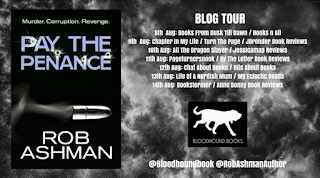