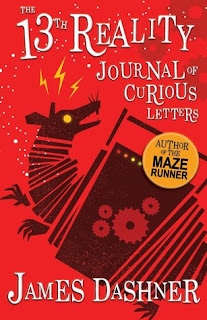 For people who have followed Life Of A Nerdish Mum for a couple of years now, will know that I went through a huge Maze Runner phase and I read every thing I could find in the series (though I'm now slacking as I still haven't read the Fever Code!) So when I got the opportunity to review the first book in James Dashner's middle grade series, The 13th Reality - The Journal Of Curious Letters, I absolutely jumped at the chance. As well as my review today, I have an exciting tag for people to complete and share, so definitely make sure you check that out!

What if every time you made a choice that had a significant consequence, a new, alternate reality was created — the life that would’ve been had you made the other choice? What if those new realities were in danger? What if it fell to you to save all the realities?Atticus Higginbottom, a.k.a. Tick, is an average thirteen-year-old boy until the day a strange letter arrives in his mailbox. Postmarked from Alaska and cryptically signed with the initials “M.G.,” the letter informs Tick that dangerous — perhaps even deadly — events have been set in motion that could result in the destruction of reality itself. M.G. promises to send Tick twelve riddles that will reveal on a certain day, at a certain time, at a certain place, something extraordinary will happen. Will Tick have the courage to follow the twelve clues M.G. sends to him? Will he be able to solve the riddles in time? Will Tick discover the life he was meant to live?

The Journal Of Curious Letters was so much fun! I really enjoyed the riddles and the fast paced adventure through the book.

Tick was a really great character and he felt very realistic to me. He wasn't the usual perfect protagonist and he had his own faults, so it all just made him more loveable and easy to get behind. It was also so very nice to see a happy family and a character having a good relationship with their dad. It's so incredibly rare to see this is any kind of book.

The riddles themselves were interesting and they weren't dumbed down for a younger audience, so me as a person (ever so slightly haha) over the target age enjoyed trying to work out the clues alongside Tick.

Overall this was a really good book, with plenty of action and it certainly kept me invested and on the edge of my seat. You can tell this is the first book in the series as it feels very much like a set up for future action, but this didn't detract from how much I enjoyed the story and I am looking forward to reading the next book in the series.

Thank you very much to Sweet Cherry Publishing and James Dashner for the opportunity to review The Journal Of Curious Letters.

And here are the prompts for the tag! I'll be tagging a couple of people on twitter, but if you want to do the tag yourself, then consider yourself tagged! My own answers to the tag will be up on a blog post very soon, so keep your eyes peeled for that in the near future. If you do complete the tag, make sure you use the #The13thReality so people can check out your answers. 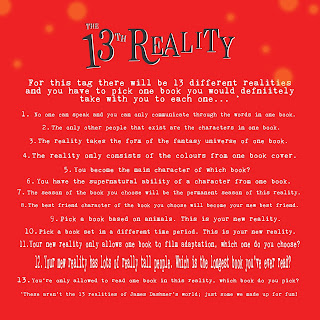 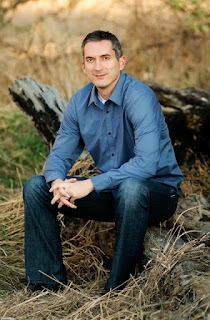 James Dashner was born and raised in Georgia but now lives and writes in the Rocky Mountains. He is the author of the #1 New York Times bestselling Maze Runner series: The Maze Runner, The Scorch Trials, The Death Cure, and The Kill Order. His newest series is The Mortality Doctrine: The Eye of Minds, The Rule of Thoughts, and The Game of Lives. 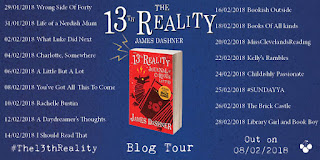