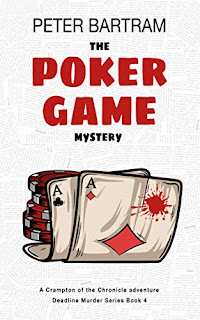 Today on Life Of A Nerdish Mum I am happy to be sharing my review of The Poker Game Mystery by Peter Bartram as part of the blog tour. With big thanks to Anne Cater as usual for being an amazing blog tour organiser and Peter Bartram for having me along.

Poker is a game for the dead lucky…

Crime reporter Colin Crampton discovers nightclub bouncer Steve Telford murdered. Colin can’t understand why five cards of a poker hand are laid out next to the body.As Colin investigates, he becomes entangled with three former special forces soldiers from the Second World War. All have motives to kill Telford. But Colin’s probe is derailed when a shock change at the Evening Chronicle puts the paper’s – and Colin’s - future in peril.The tension ratchets higher when the life of a young girl is on the line. Colin is forced to go head-to-head in a poker game with sinister newspaper owner Quentin Pell to save her.There are laughs alongside the action as Colin and his feisty girlfriend Shirley shuffle the cards and play the most dangerous game of all – with their own lives at stake.

It's been far too long since I last read a Colin Crampton book and as soon as I started reading The Poker Game Mystery I realised how much I missed these characters and Brighton in the 60's.

Fast paced and brilliantly written, I thoroughly enjoyed joining Colin on his escapades. There is always a good balance between suspense and quirky quips to keep the story moving.

I still enjoy Colin's relationship with Shirley, I wanted them to get together the minute they met. There did seem to be a lot more "Australia- isms" in this book than previous books, it wasn't an issue, just something I noticed. It fits with the time and style of writing though.

The story was complex and well planned out and I was kept on the edge of my seat throughout.

Another cracking read from Peter Bartram and I'm already looking forward to the next installment. 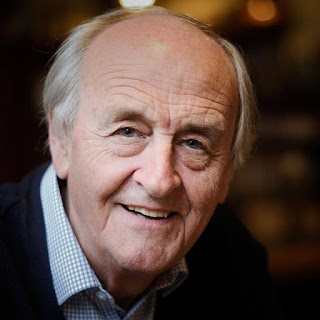 Peter Bartram brings years of experience as a journalist to his Crampton of the Chronicle crime mystery series. His novels are fast-paced and humorous - the action is matched by the laughs. The books feature a host of colourful characters as befits stories set in Brighton, one of Britain's most trend-setting towns.

You can download Murder in Capital Letters, a free book in the series, for your Kindle from www.colincrampton.com.

Peter began his career as a reporter on a local weekly newspaper before editing newspapers and magazines in London, England and, finally, becoming freelance. He has done most things in journalism from door-stepping for quotes to writing serious editorials. He’s pursued stories in locations as diverse as 700-feet down a coal mine and a courtier’s chambers at Buckingham Palace. Peter is a member of the Society of Authors and the Crime Writers' Association. 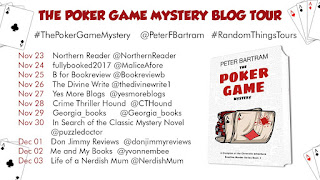