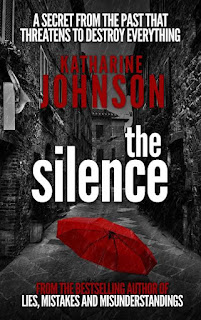 Today I am so pleased to be a part of the blog tour for The Silence by Katharine Johnson and I will be sharing my review and a special guest post from the author.

Doctor Abby Fenton has a rewarding career, a loving family, an enviable lifestyle - and a secret that could destroy everything. When human remains are discovered in the grounds of an idyllic Tuscan holiday home she is forced to confront the memories she has suppressed until now and relive the summer she spent at the villa in 1992. A summer that ended in tragedy. The nearer she gets to the truth the closer she comes to losing her sanity. In order to hold onto the people she loves most, she must make sure they never discover what she did. But the reappearance of someone else from that summer threatens to blow her secret wide open.

The Silence is absolutely full of twists and turns and kept me reading to see what happened next, meaning that I read this in one sitting. The story takes place in England and Tuscany and the description of Tuscany is amazing, I really felt I was there and the sun was warming my skin as I was reading.

The story is told both in current time and with flash backs to 1992, the flashbacks were done really well and it really added to the story instead of taking you out of what was happening. It was also interesting finding out things as Abby found them out herself. I knew pretty much nothing about the story before I read it and I'm really glad about that as I feel that is definitely the best plan for reading The Silence.

Abby was certainly an interesting character and very well developed, but she was not a likeable character to me, some of her decisions and things that she did were not the best. I think she's supposed to be unlikeable though and it certainly took absolutely nothing away from the story, I just wanted to know everything!

I'd definitely recommend this and I will be keeping my eye out for more from Katharine Johnson in the future.

I gave The Silence 5 stars.

This post is about things that get you all discombobulated once they are over, like a meal you never want to end, films you could watch over and over again and songs you could listen to on repeat, all day, every day.

There are just 8 simple questions:
Who are you and what do you do?
I’m a mum, magazine journalist, writer, reader, dreamer and procrastinator. I live in Berkshire with my husband Mike, our three children and our spaniel Monty.
What gives you an actual hangover?
Red wine
What television programme?
I love The Apprentice – largely because I wouldn’t last five minutes on it!
What film?
I’ve lost count of how many times I’ve watched The Talented Mr Ripley – to me it’s a perfect film.
What song?
Elbow’s One Day Like This
What food?
I’m addicted to avocados (although oddly enough when I first tasted one as a teenager I thought it was so disgusting I fainted.)
Which person/people?
My family
And finally, … Which book?
That is so hard! The Great Gatsby because it’s beautifully written 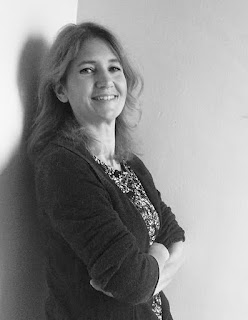 Katharine Johnson grew up in Bristol and now divides her time between Berkshire and Lucca, Italy. After doing a History degree she trained to be a journalist and has worked for a variety of magazines, writing about everything including the kitchen sink. She's loved writing since childhood and wrote her first book aged nine. When not writing she can usually be found walking her spaniel, doing the school run, playing netball or playing house in a stately home where she is a room guide. Katharine loves to hear from readers so if you fancy a chat do get in touch.

To Connect With Katharine Johnson

Don't Forget To Check Out The Rest Of The Blog Tour 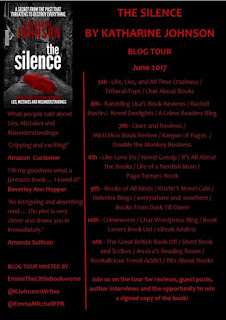