Lost In The Lake by A.J. Waines - Cover Reveal 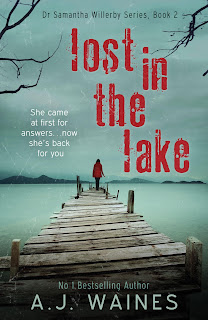 I'm so excited to be part of the cover reveal for Lost In The Lake by A.J. Waines. Lost In The Lake is the second book in the Dr Samantha Willerby series which is due for release on the 7th of September 2017 and can be pre ordered from the 13th of July 2017.

The cover is absolutely stunning and the bleak scene matches the tone of the blurb. and really makes you wonder what has happened! If that isn't enough, then I also have the synopsis for you -

Lost In The Lake

Amateur viola player Rosie Chandler is the sole survivor of a crash which sends members of a string quartet plunging into a lake. Convinced the ‘accident’ was deliberate, but unable to recall what happened, she is determined to recover her lost memories and seeks out clinical psychologist, Dr Samantha Willerby.

But Rosie is hiding something…

Sam is immediately drawn to the tragic Rosie and as she helps her piece the fragments together, the police find disturbing new evidence which raises further questions. Why is Rosie so desperate to recover her worthless viola? And what happened to the violin lost in the crash, worth over £2m?

When Rosie insists they return to the lake to relive the fatal incident, the truth about Rosie finally creeps up on Sam – but by now, she’s seriously out of her depth…

The second book in the Dr Samantha Willerby series, Lost in the Lake is a nail-biting, edge-of-your-seat Psychological Thriller that will leave you glancing over your shoulder. 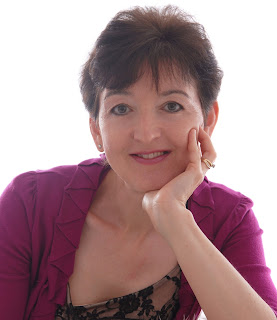 AJ Waines has sold over 400,000 books worldwide and topped the UK and Australian Kindle Charts in 2015 & 2016 with her number one bestseller, Girl on a Train. Following fifteen years as a psychotherapist, she is now a full-time novelist with publishing deals in France, Germany, Norway, Hungary and USA (audiobooks).

Her fourth psychological thriller, No Longer Safe, sold over 30,000 copies in the first month, in thirteen countries. AJ Waines has been featured in The Wall Street Journal and The Times and was ranked a Top 10 UK author on Amazon KDP (Kindle Direct Publishing) in 2016. She lives in Hampshire, UK, with her husband. Visit her website and blog, or join her on Twitter, Facebook or on her Newsletter.

Email ThisBlogThis!Share to TwitterShare to FacebookShare to Pinterest
Labels: A J Waines, cover reveal, Cover spotlight, Lost In The Lake