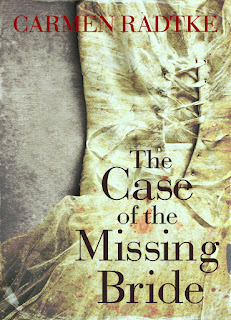 I'm very happy to be taking part in the blog tour for the fabulous The Case Of The Missing Bride by Carmen Radtke.

The Case Of The Missing Bride

When a girl goes missing on board of an ocean liner, only one person is convinced that the disappearance is no accident.Alyssa has found herself with a group of impoverished girls who are embarking from Australia to Canada in the hope of marriage. As the daughter of a senior official, Alyssa doesn’t share this goal. She hopes to return to England via Canada.But the girls all share one problem. Their presence on the ship is not know to many of its passengers but their worlds collide when one of the gentlemen discovers them. Then Emma, one of the intended brides, goes missing. Alyssa is convinced the disappearance is no accident, and will risk her own life to search for the killer.What happened to Emma? Is there a murderer on board the ship? Alyssa is about to discover that there is more to her voyage than she bargained for.

Historical fiction is a relatively new genre for me and I have been loving delving into it and trying out different themes and authors. The Case of The Missing Bride is a historical fiction crime novel and it was absolutely wonderful.

I was blown away by the writing in this book and I thought the language was eloquent and beautiful. I thought there was enough description without overwhelming as to dress and world and I was sucked into the atmospheric feeling aboard the Artemis' Delight, I could feel the movement of the boat and the almost claustrophobic feeling of being alone with a group of strangers in the middle of the ocean.

Alyssa is a really well rounded character and I really enjoyed joining her on her journey and trying to solve the mystery regardless of her own safety. Her upper class breeding really came through in comparison to the other girls, though she was kind and really cared for her temporary charges. There were little things throughout that she did to make the other girls lives slightly easier or better that really endeared her to both the characters and to me as the reader.

I can't go too much into the story as it's a mystery and I certainly don't want to spoil anything, but it is extremely well written and well plotted out. I was kept enthralled and was on the edge of my seat at different points.

Overall an excellent book and one I'm extremely glad to have discovered and read through Bloodhound books. 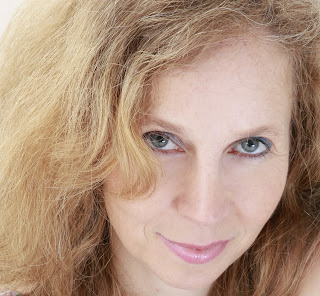 Carmen has spent most of her life with ink on her fingers and a dangerously high pile of books and newspapers by her side.
She has worked as a newspaper reporter on two continents and always dreamt of becoming a novelist and screenwriter.
When she found herself crouched under her dining table, typing away on a novel between two earthquakes in Christchurch, New Zealand, she realised she was hooked for life.
The shaken but stirring novel made it to the longlist of the Mslexia competition, and her next book and first mystery, The Case Of The Missing Bride, was a finalist in the Malice Domestic competition in a year without a winner.
Carmen was born in Hamburg, Germany, but had planned on emigrating since she was five years old. She first moved to New Zealand and now lives in York, UK, with her daughter, cat, and sometimes her seafaring husband comes home.
Links: 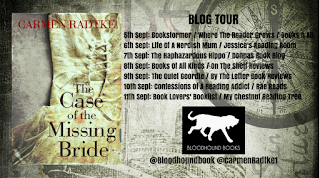