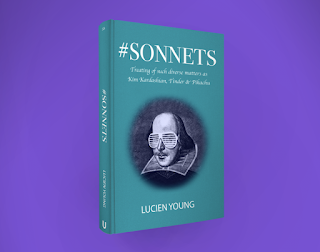 Life Of A Nerdish Mum is closing out the blog tour for #Sonnets by Lucien Young with a review of this hilarious collection.

'I thought I could, with verse iambic, pry

Some sense from nonsense, and our modern scene
Depict and mock, while using "thee" and "thy"
In pages fit to rest by thy latrine.'

#Sonnets is a collection of hilarious and inappropriate poems complete with illustrations of Elizabethan RoboCop and Snoop Dogg in tights. Musing on everything from Donald Trump to Tinder, comedy writer Lucien Young offers a Shakespearean take on the absurdity of modern life.

When I first heard about #Sonnets, I absolutely knew I had to check it out as it sounded so absurdly brilliant! I was right.

There are 167 sonnets in #Sonnets and there is absolutely something for everyone. The topics are incredibly wide ranging and random, jumping from auto-correct to Buffy The Vampire Slayer. I haven't read in iambic pentameter since I think secondary school, which was *mumble mumble* years ago, so it took me a couple of sonnets to fall back into the reading rhythm, but once I was there it flowed really well.

I chose to read #Sonnets by jumping in and out and reading one or two at a time, taking my time to enjoy each one as the small masterpiece it was. I had to google a couple of things as I had no idea what they were and I haven't watched Breaking Bad or The Sopranos, so though those sonnets probably had slightly less impact on me, I could still appreciate the quality of the writing and the humour within.

I liked the fact there were some sonnets dedicated to the man himself, Shakespeare, it was a nice touch at the end of the book. I have three absolute favourite sonnets though, Darth Vader, Liam Neeson, and Batman. Both Vader and Batman are from my top fandoms and so they really made me laugh.

I've picked up #Sonnets a few times since finishing it and re reading some of my favourites. I really feel it's a book that can be enjoyed over a long period of time and more than once. It's also just a really pretty book with some really brilliant illustrations throughout. 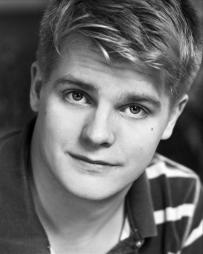 "Thy poet was in Northern England born,
Upon the Geordie Shore in '88.
He spent his adolescent years forlorn,
Bereft of hope that he might find a mate.
But reading Shakespeare's verse, it did occur
To him that he should master sonnetry
And write some stanzas to a fancied her,
Escaping thus his cruel virginity!
Of course, that did not happen: they were shit
And, filled with shame, the lad set down his quill,
Then left his teens with naught to show for it,
Beyond a new and truly pointless skill.
So now he doth, in quasi-comic guise,
Attempt his wasted youth to monetise."

(Lucien Young is a comedy writer who has worked on various TV programmes, including BBC Three's Siblings and Murder in Successville, as well as authoring three humour books, Alice in Brexitland, Trump's Christmas Carol and The Secret Diary of Jeremy Corbyn. He was born in Newcastle and read English at the University of Cambridge, where he was a member of the world-famous Footlights Club). 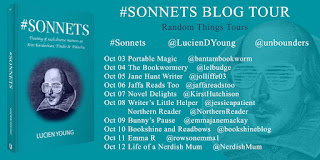