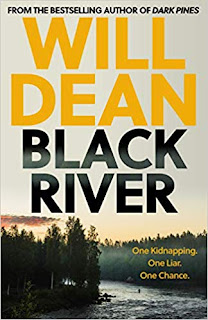 Today on Life Of A Nerdish Mum I have the absolute privilege of being part of the blog tour for Black River by Will Dean. Thank you to Anne Cater for having me involved.

Tuva has been living clean in southern Sweden for four months when she receives horrifying
news. Her best friend Tammy has gone missing.

Racing back to Gavrik at the height of Midsommar, Tuva fears for Tammy’s life. Who has
taken her, and why? And who is sabotaging the small-town search efforts?

Surrounded by dark pine forest, the sinister residents of Snake River are suspicious of
outsiders. Unfortunately, they also hold all the answers. On the shortest night of the year,
Tuva must fight to save her friend. But who will be there to save Tuva?

It may be Midsommar in Gavrik, but this is the most chilling episode yet in the acclaimed
Scandi thriller series from British writer Will Dean.

Black River is the third book in the Tuva Moodyson mystery series and it's an absolute blinder!I didn't think it was possible for Will Dean's writing to get better after Dark Pines, but he keeps proving me wrong with each subsequent book. Though I do think Black River can be read as a stand alone, I think you'd miss out not reading the others as some characters we've met before (that and they're just good books!)

Gavrik is so vividly portrayed, I really felt like I was there with Tuva and I was fully immersed in what was happening. If I ever went missing, I'd love a friend like Tuva who'd stop at nothing to find me!

There is such a creepy and atmospheric feeling throughout the story, you feel personally worried like you need to look over your shoulder. It's quite intense and I felt breathless when I stopped reading I think my heart was pounding so much.

I never really go into the story when I review as I'd hate to ever give spoilers, but I can honestly say that Black River is brilliantly written and there's such an intricate thinking to make sure everything feels so real to the reader. 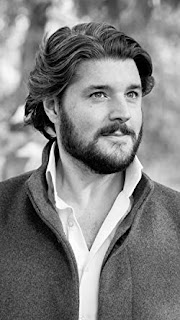 WILL DEAN grew up in the East Midlands and had lived in nine different villages before the age of eighteen. After studying law at the LSE, and working in London, he settled in rural Sweden, where he built a house in a boggy clearing at the centre of a vast elk forest. His debut novel, Dark Pines, was selected for Zoe Ball’s Book Club, shortlisted for the Guardian Not the Booker Prize and named a Telegraph book of the year. The second book in the series, Red Snow, is now out in paperback. 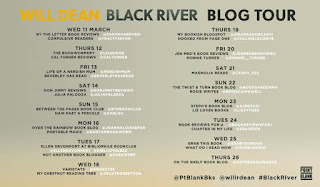