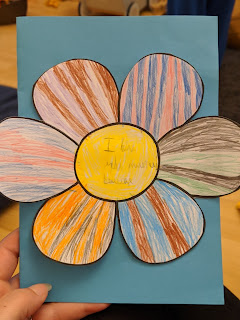 It's Mother's Day today in the UK and I suppose I'm lucky in the fact we don't normally go anywhere to celebrate so the current situation hasn't really affected anything except for me not getting a card from baby Nerdling. Mini Nerdling had made one at school before they finished and honestly it's perfect, under each petal of the flower is a reason he loves me. Nerdish Dad did make sure I got a present though and had ordered me some new books. 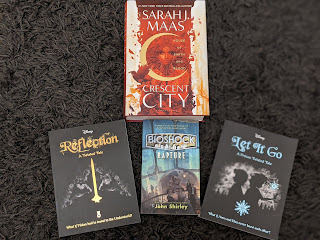 One of the pieces of work from school is a homework grid and one of the options is to help out with one chore per day. Mini Nerdling already has chores so we've said we'll try different ones to see which ones he can do and enjoys and then he can help out more. He loves helping out so he's very excited about this. This morning I taught him how to strip his bed, we had a go at making it too, but getting the bottom sheet on a bunk bed is hard enough for me! He did finish it all off by arranging his pillow etc. 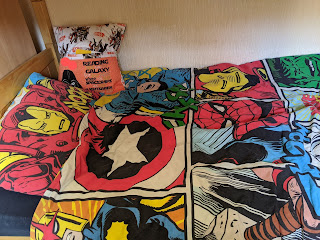 Baby Nerdling is still teething really hard and struggling with it so while she napped on me, I let him have some game time on the Xbox and he played his usual stuff on Roblox which he really appreciated.

With how beautiful it's been today, I normally would have gone for a walk, but I know how narrow the paths are in the woods and it's more important that we social distance properly at the minute. So instead we went into the front yard and we planted daffodils. Yes, it's completely the wrong time to plant them and they may flower or they might not, but honestly we had such a nice time doing it, it really doesn't matter. 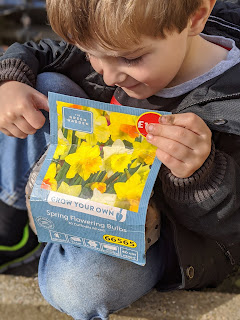 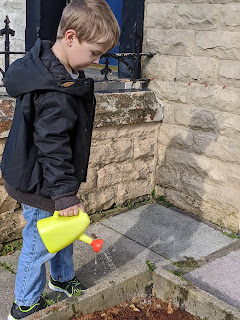 For the rest of the day, both kids played with blocks and built a fort which was being attacked by zombies (pretty sure this was mini Nerdling's idea not the baby)! Mini Nerdling finished his kickboxing exercises and updated his journal, before going to read Harry Potter in bed.

Today has felt a lot more "normal" than yesterday, but tomorrow will be the real test before we settle into a new routine.

I hope everyone's weekend was as close to what they wanted as possible.