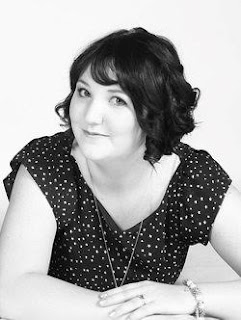 Today on Getting To Know... I have Abigail Osborne, whose debut novel, The Puppet Master, is released today!

Your debut novel, The Puppet Master, is out today, can you tell me more about it and what was the inspiration behind the story?
I like to think that The Puppet Master is a story about how much a person can suffer and still come out the other side. I have been through some terrible times, not as awful as what Billie experiences, but still enough that I could have slid into a very depressive state and isolated myself like she does. I wanted to explore that and encourage people that do suffer to know that it is possible to get your happily ever after. My husband has been the best thing that has ever happened to me and having him in my life has made me a better person. I know it sounds cliché but it is true and it was the undeniable influence in shaping this book.
The Puppet Master is a psychological thriller, what is it that draws you to this genre?
I love reading thrillers and as much as I wanted this book to be a positive message, I couldn’t resist this genre. I have known quite a few manipulative people in my life (thankfully not anymore) so I was keen to write from this perspective and show how clever and controlling people can be.
Billie is the main character of The Puppet Master, is there any of you in her character and if so which bits?
Billie does have a lot of me in her. I took inspiration from events that happened to me growing up and rewrote them into her story. I used to be very self-conscious and lacked confidence and it wasn’t until I met my husband that I began to feel confident in myself and who I am. At the start of the book, Billie doesn’t know who she is or what she can be and similarly it takes Adam to show her that there is more to life and more to her.
Have you always known that you wanted to be an author?
No I haven’t. I have loved reading since I was small and I never thought that writing a book was something that I could do. I have always wanted to but I’ve just never had the confidence or self-belief until recently. I was in a place where I had a lot of free time to wonder what I wanted to do with my life. I started to write a few anecdotes from my childhood and then a year later ‘The Puppet Master’ was written. Now I’ve opened myself up to writing, I just can’t stop.
You also have a book review blog, manybooksmanylives, what inspired you to set this up?
I had toyed with have a book reviewing blog for many years, I actually had one set up but all my posts were only drafts and I just couldn’t bring myself to publish what I thought. I just didn’t believe anyone would care. But then my husband gave me a push last year and I can’t believe the response that I’ve had to my reviews. It’s partly this reaction that encouraged me to write my book.
Do you have a favourite author?
Ooh – that’s hard. I have quite a few. I read a lot of genres so I have a favourite from all of them. I love Jodi Picoult, Harlan Coben, and Barbara Erskine. But I think I have to choose Sara J Maas. She writes New Adult Fantasy and I absolutely love her writing, she never fails to deliver and her imagination and the worlds she creates are fascinating and addictive.
When you're writing do you have a set routine to follow or a place to sit?
I actually dragged my husband to Ikea and sat on all the chairs and armchairs in the shop until I found the perfect writing chair. I found it four hours later – narrowly escaping divorce! So I sit in my rocking chair with my laptop but I have to be completely alone, I can’t concentrate if someone else is in the house.
When you're not writing what would we find you doing?
When I’m not writing I’m reading. I have around 7 ceiling high bookcases in my house and I nearly ready to order the eighth one. I normally read about 100 books a year.
If you could give younger you any advice about your writing journey, what would it be?
I would tell my younger self to have some self-confidence and get started earlier.
I know The Puppet Master has only just come out, but what can we look forward to from you in the future?


I’m really interested in Mental Health, so I’ve been working on some ideas regarding that. I think I will probably stick to the thriller genre. But once I’m more confident with my writing then I want to explore other genres aswell

Thank you so much to Abigail for taking the time to give such honest and insightful answers, it's been an absolute pleasure.

To connect with Abigail Osborne

To pick up a copy of The Puppet Master click here 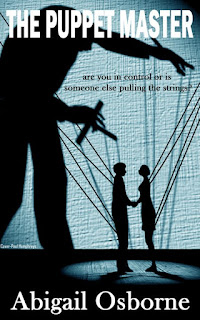 Manipulated by fear and love…could you cut the strings and take back control?

Billie’s hiding from the world, believing it to be the only way to take control of her life as she lives in fear of the man who nearly destroyed her. But what she doesn’t realise that she’s exactly where he wants her; isolated and afraid. A chance meeting with budding journalist Adam sparks a relationship that could free her from the terror that controls her. But will Adam be able to see the real Billie buried under her terror and pain?

Adam knows exactly who Billie is and is determined to expose her and get justice for the lives she ruined. But first, he needs to convince her to open up to him but as unwanted attraction and feelings blossom between them, Adam is forced to realise that all is not as it seems. Most of their lives have been unknowingly governed by the desires and needs of someone who considers himself their master. He has influenced and shaped them for years, meticulously weaving a web of lies and control around them. Can Billie and Adam survive the betrayals in store and cut the strings that bind them?

One thing is for sure. The master wants his puppets back – and he’ll do anything to keep them.