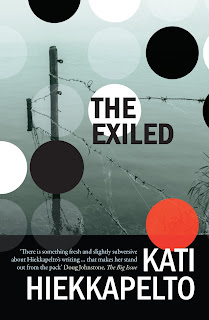 I am extremely excited to be a part of The Finnish Invasion Blog Tour, introducing two Finnish authors to more English readers.

My first blog post today is a review of The Exiled by Kati Hiekkapelto.

Anna Fekete returns to the Balkan village of her birth for a relaxing summer holiday. But when her purse is stolen and the thief is found dead on the banks of the river, Anna is pulled into a murder case. Her investigation leads straight to her own family, to closely guarded secrets concealing a horrendous travesty of justice that threatens them all. As layer after layer of corruption, deceit and guilt are revealed, Anna is caught up in the refugee crisis spreading like wildfire across Europe. How long will it take before everything explodes? Chilling, taut and relevant, The Exiled is an electrifying thriller from one of Finland’s most celebrated crime writers.

The Exiled is the third book in the Anna Fekete series, but I can genuinely say that if it's read as a stand alone, it wouldn't affect your reading experience.

The story follows Anna, who is supposed to be on holiday in her home town but she gets drawn into investigating the death of the thief who stole her handbag when she thinks that it is not being looked into properly by the local police force.

I really liked Anna and I felt that this story was as much about her and her growth as the murder investigation. She really learns more about herself as the case brings up things that are hard for her to think or talk about. She also grows in her relationships with both her friends and her family which is really good to see. I also thought that the other characters were extremely well written and each had their own personality.

The story itself was really well written and was really interesting, I didn't want to put the book down as I needed to know what happened. I really was kept guessing until the end to figure out who did what and why!

There are a lot of quite important and relevant topics covered in this book too, mainly about refugees and people trafficking. The book covers how countries and the public see these people coming through where they live, with extremely differing views. It's definitely very brave to touch upon these subjects, but I think that they have been covered very well by the author.

I also have to mention the translation for this book to me seems really good. Reading it, you can't tell that it wasn't originally written in English. The only give aways are the use of Finnish here and there.

Overall an excellent book and one I have already recommended to people. I will also be looking forward to more books by Kati Hiekkapelto.

Kati is an international crime writer, punk singer and performance artist. Kolibri (The Hummingbird) was published in Finland by Otava in 2013 and Suojattomat (The Defenceless) in 2014. To date, they have been translated into seven languages. The Hummingbird was shortlisted for the Petrona Award in the UK in 2015 and The Defenceless won the prize for the best Finnish Crime Novel of the Year 2014. The Defenceless was one of the top ten bestselling books in Finland last year, across all genres. 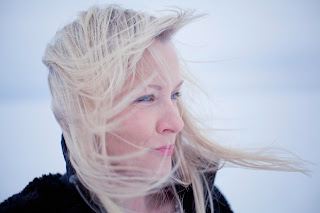 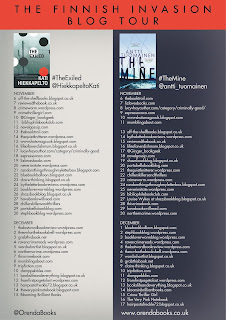