Getting To Know... Mary-Jane Riley 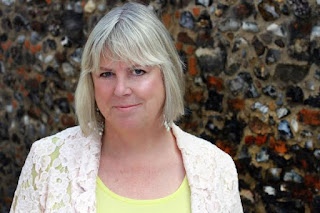 Today on Getting To Know... I have the lovely author of The Bad Things and After She Fell, Mary-Jane Riley. She took time out of her busy schedule to answer my questions.

Your two novels, The Bad Things and After She Fell, are both psychological thrillers, what in particular draws you to that genre?


I’ve always loved reading all things crime, but I think psychological thrillers are more concerned with extraordinary things that happen to ordinary people and the way they deal with them. That’s what I like to explore. The struggle for survival. Actually, crime writer Belinda Bauer puts it really well: ‘Life is the river and crime is the rocks. It’s only when we hit a rock that we find out whether we are one of life’s swimmers – or one of life’s sinkers.” Neat, isn’t it?


You have worked as a journalist, is writing an article and writing a novel completely different or do you go about it in a similar way?


It is pretty similar (except for the length!) in that you have to have a great opening paragraph, a fabulous middle and an intriguing and satisfying end. The first paragraph of an article has to hook the reader in, so does the first paragraph of a book. Both disciplines use the six Ws – What, Who, When, Where, Why and How. Working for BBC NewsOnline meant we had to be extremely accurate in our facts – something I’m still a little obsessed with but am learning that I’m writing fiction – and in our grammar and spelling. Mind you, when I had the first lot of edits for THE BAD THINGS from my editor I’d made so many errors despite reading it through a million times, I felt very ashamed! One thing that has stood me in good stead is that when writing news stories you have to put it together and get it written very quickly. You also had to use simple words, straightforward construction. I try to do all that now in my fiction.


You have also worked as a BBC radio talk show host, can you tell me what that was like?


Enormous fun! I interviewed all sorts of people from writers (Ruth Rendell, P.D.James to name only two) to politicians (slippery) to stars of the entertainment world (mixed) to ordinary people who had a story to tell. They were generally the most interesting – the woman whose daughter had been murdered and how she, the mother, had been living with the fact they never caught the killer; the man who was transitioning to become a woman; a man living with AIDS; a girl who was paraplegic due to a skiing accident; a couple who were living with having won the lottery. All sorts. Many years ago I did a programme on an Independent radio station late at night where I had an expert in the studio and people ringing in about their sex problems. I learned a lot from that.


You and two friends formed a group that helps charities in telling their stories, can you tell me more about that?


Yes, it started in a small way when Sue Welfare (a fabulous writer of romantic comedies and now psychological thrillers) asked me and a qualified counselor, Andrea, to help disadvantaged people to write their life stories. Anyone could come along. It was a free course in conjunction with the BBC and the University of East Anglia. By the end of six weeks everybody had a paragraph about their lives to take home. It was wonderful seeing how people blossomed. We did that for about three years, then branched out as Write Out Loud into helping people with disabilities, elderly people, and people with serious illnesses to write about their lives. A few years ago we were asked to go to a conference in Nigeria to take writing classes for aid workers. That was so interesting and eye-opening in all sorts of ways, not least because Nigeria is not the most settled of countries.


Do you find yourself drawing inspiration from your time as a journalist when plotting your stories?


Most definitely! I’m a bit like a magpie, taking elements from this news story and that news story to make up my own. I still trawl news websites and read a newspaper everyday. It’s also useful to have been at police press conferences and spoken to police officers in the course of my work….but in the past I covered stories that would almost be too much for fiction!


When you're writing do you have a set routine or a certain place you enjoy to sit?


I like to write first thing in the morning… it’s a habit left over from when I did a lot of early shifts…I had to be writing copy at six o’clock in the morning so I’m quite fresh first thing…. But I don’t get up that early any more! I like writing at my desk in the spare bedroom. The window looks out over the common so I see trees and grass and wildlife. I also write notes in longhand at the kitchen table and also sit outside when its sunny. I’m yet to try the coffee shop/library option, but I think that may come.


When you're not working what would we find you doing?


Being very boring! Reading, walking the dog, plotting, going to the cinema. Cooking (I love reading cookery books). Enjoying when my family come home for the weekend. Watching the latest Game of Thrones – I’ve only got one more episode to go!!!! What will I do then???


Do you have a favourite author?


What is your favourite thing about being an author?


Entertaining people. That’s all I want to do with my books… write something I want to write and that people will enjoy.


What can we look forward to from you in the future?
Well, I’m writing the third book featuring Alex Devlin (my journalist protagonist in THE BAD THINGS and AFTER SHE FELL) and I have an idea for a standalone psychological thriller that I am very excited about…

Thank you so much to Mary-Jane for answering my questions!

To connect with Mary 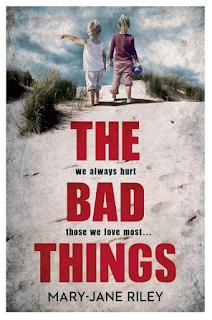 Alex Devlin’s life changed forever fifteen years ago when her sister Sasha's two small children were snatched in broad daylight. Little Harry’s body was found a few days later, but Millie’s remains were never discovered.Now Jackie Wood, jailed as an accessory to the twins’ murder, has been released, her conviction quashed by the Appeal Court. Convinced Jackie can reveal where Millie is buried, Alex goes to meet her.But the unexpected information Wood reveals shocks Alex to the core and threatens to uncover the dark secret she has managed to keep under wraps for the past fifteen years. Because in the end, can we ever really know what is in the hearts of those closest to us? 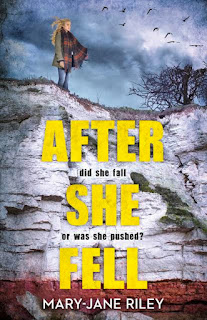 There are so many ways to fall…Catriona needs help. Her seventeen-year-old daughter Elena was found dead at the bottom of a cliff near her boarding school. The death has been ruled a suicide, but Catriona isn’t convinced.When her old friend, journalist Alex Devlin, arrives in Hallow’s Edge to investigate, she quickly finds that life at private boarding school The Drift isn’t as idyllic as the bucolic setting might suggest.Amidst a culture of drug-taking, bullying and tension between school and village, no one is quite who they seem to be, and there are several people who might have wanted Elena to fall…