I can't believe it's this time of year again already and I'm here to announce that I will be hosting Monster Joke Month for its second year this October!

If you're new to the idea, see my original announcement post here from last year. But the general idea is that for every bit of post that you send in the month of October, you put a monster joke on the envelope and then when you send or receive a piece of post with a monster joke on, you use the hashtag #MonsterJokeMonth and/or #MJM2K16 to post it on Instagram/Twitter/Facebook etc. At the end of October I will then do a new post collating my favourite from throughout the month!

It was popular last year, but I'd really like to see loads more people join in this year! Even if you don't normally send snail mail, find a reason to send a friend a post card or write to someone you haven't seen in a while. (You could even sign up to somewhere like IGGPPC and get a pen pal and introduce yourself with a joke!).

As another idea, last year I made Halloween cards and sent them out to my penpals and this year I'm hoping to do something similar, just to more people!

The cheesier the better for your jokes. I've included some pictures of ones I used last year to show how hilariously bad some of them were. I also included bonus jokes on the inside of the cards too, so feel free to put your jokes wherever you prefer!

So get writing and posting between the 1st and the 31st of October and lets have some monsterish fun!

Don't forget to let me know if your are participating and as long as you use one of the hashtags, I should be able to see all your lovely photos.

I'm really looking forward to seeing what people come up with this year! 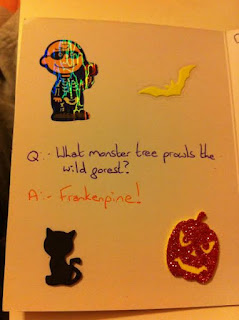 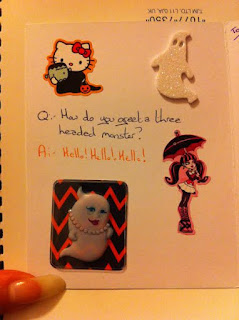 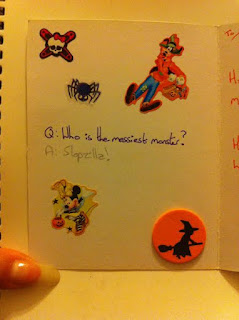 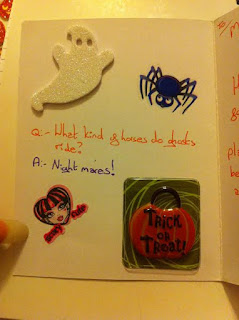 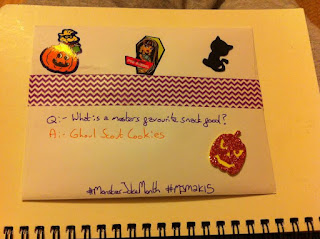