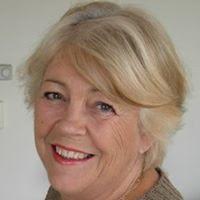 Today on Getting To Know... I'm very excited to be asking questions of Susan Moody, creator of Penny Wanawake the first black female protagonist in a crime novel!

You created Penny Wanawake, the first black female protagonist in crime fiction, what was your inspiration behind creating this character?

A strong sense of injustice! I lived in East Tennessee in the 1960s and witnessed the most blatant racial segregation I'd ever seen or even thought of. Coming from the much more liberal UK, I was shocked and appalled at the way black people were treated. We joined the NAACP (National Association for the Advancement of Coloured People) and became heavily involved in the civil rights movement, despite threats which went as far as having a cross burned on our lawn. When I returned to England, I wanted to create a black girl who was not intimidated by white folks, who saw herself as equal to any white person.

Most of your published works are crime related, what is it in particular that draws you to this genre?

I grew up in Oxford, among a lot of dons. At the time, they all read – or wrote – crime novels, so I seemed to spend most of my time lying on the floor behind a sofa devouring one green-back Penguin after another, while they argued about such esoteric subjects as how many angels could dance on the head of a pin, or whether Shakespeare really wrote Shakespeare. Crime seemed to be my natural home when I finally began to produce fiction.

How did it come about that your wrote Love Over Gold and why did you choose to use a pseudonym for this particular work?

I was approached by my then agents and asked if I would like to earn £20,000 for six weeks' work.   Naturally my first question was: Who do I have to sleep with? That might come later, Susan, they said, but for now the Nescafe Gold Blend people want 90,000 words about the Gold Blend Couple, who appeared in a series of catchy ads on TV. We think you're the best person for the job. And by the way, you've got six weeks to do it in. So on the grounds that I would regret it for six weeks if I agreed to do it, and regret it for the rest of my life if I didn't, I took it on.

As for the name-change, I felt at the time that with a fairly lightweight work like Love Over Gold, it would be better to hide behind a pseudonym, since I intended to produce more 'serious' work.

You have taught writing around the world, is there one bit of advice that you have given to all aspiring authors?

I give two absolutely fundamental pieces of advice to aspiring writers. One is, Read, read, read.   The more you read, the more you learn about the process of writing. The second is: Persevere. Never give up. Just because you have one rejection doesn't mean that the next place you send your work won't love it. Or if not them, then the one after that. Same thing with short stories, if one magazine doesn't like something you offer them, then alter it to suit the requirements of another and send it in again. Always remember J K Rowling was rejected by twelve publishers – and look at her now!

The Penny Wanawake series has recently been re-issued, will we see any more books being added to the series in the future?

My dynamic new publishers, Williams & Whiting, are also about to issue my second series, which features Cassandra Swann, a professional bridge player who worries about her weight and never steps on the scales without plucking her eyebrows and trimming her toe-nails in the hope that might make a bit of difference!

I guess I would have to nominate Penny Wanawake. She's very much based on me – not that I'm tall, black, rich or beautiful.  But she and I are sisters under the skin.


When you're not writing what would we find you doing?

We spend half the year in France, where we have a big garden. So when I'm not writing, I read, or cook (French ingredients seem to taste better than English ones). I pull weeds and clip hedges, or sit on the terrasse, admiring the green garden and the view of trees and fields and hills, doing a spot of wine-tasting while the sun goes down.

In England, we have no garden but I like to walk or look out at the sea over the ramparts of a 16th century castle which is literally across the road. And, of course, read.

Can you write anywhere or do you have a writing nook that you have all your writing equipment?

In France, I have a tastefully converted pig-sty, known as Chez Suzanne, which is where I work, surrounded by necessities such as dictionaries, reference books and tea-making equipment – not forgetting a biscuit barrel full of Rich Tea Biscuits and an extremely comfortable leather chair with matching footstool (left behind by the previous owners) in which it's extremely hard not to doze off.

In England, I have a corner of our fairly large bedroom. But from time to time, I work in different rooms: I find the move from one place to another can sometimes be stimulating. The best place is my bed, especially in winter when it's cold and grey outside. My own fictional world seems all the brighter and more accessible then.
You have lived in a variety of countries over the years, do you have a favourite place that you have lived?

I've lived in Paris, Tennessee, Tasmania, Sweden, California, Denmark. About seven years ago, one of my dreams came true when I bought an old house in France (as mentioned above). I've enjoyed all the other places, of course, but France remains my favourite.

What can we look forward to from you in the future?

I've just begun a new series about a feisty ex-police officer called Alexandra Quick.  Quick and the Dead has already been published.  Quick Off the Mark comes out on September 30th 2016, and I'm currently working on Quick On The Draw, due to appear early in 2017.

Thank you so much to Susan for joining me on my blog and answering my questions. 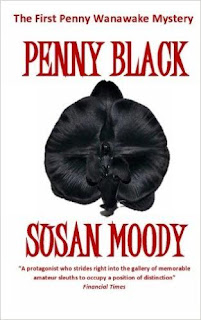