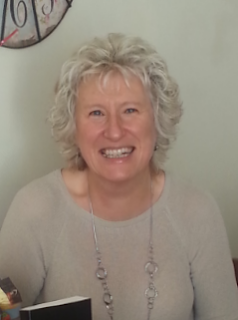 Today on Getting To Know...I welcome the absolutely delightful Joy Wood, author of For The Love Of Emily to Life Of A Nerdish Mum and she kindly answers my questions.

Your debut novel, For The Love Of Emily, was released last year, what was the inspiration behind the story?

I wanted to write a story, but was unsure how to. I liked to read romance so tried to think of a story with a heroine that had significant challenges in her life. Rebecca (alias Kate) certainly has a few of those.

For The Love Of Emily covers some darker topics, did a lot of research go into making them as realistic as possible?

I wouldn’t say much research, but I did need to look up sex between two females. (Kate) works as a prostitute for rich female clients and there was a particularly graphic scene which I wanted to get right.

Since writing my book, I have got to know so many (online), so I’d hate to name anyone specific. I like a writing style that is quick without loads of description, and I like a good story with surprises along the way.

When you're writing, do you have a set routine that you follow or somewhere that you like to go and sit?

Definitely no routine. Writing is a hobby for me, so I do it when I fancy it which usually is most days. But it can be early in the morning, or very late at night. I write on a laptop, so today for example, I’ve been sat in the sunshine writing, whereas the night before, I sat in my lounge until 2 am writing!

Have you always known that you wanted to write your own novel?

Yes, I always wanted to write a novel, but never imagined I would. It seemed a pipe dream really. Bringing up children, working shifts, and the demands of family life just got in the way! It was one of those things I often thought about, but never quite got round to.

I travel a lot, and since moving to the seaside, I walk daily. I also like to socialise (too much my husband says when he’s yet again making his own lunch as I’m out for mine!)

In your "real life" you are a nurse, will we see anything that has been drawn from your experiences in hospitals?

When I first published my book, I was lucky locally to get loads of support with features in newspapers/radio/TV. When I did some book signings, people would say, “Are you the nurse?” “Is the book about nursing?” ‘For the love of Emily’ isn’t anything to do with nursing, however, because of the interest, the current book I’m writing has a nursing theme.

What has been your favourite thing about being an author so far?

It has to be the support that I’ve been given locally and online. People genuinely want me to do well. There’s always someone I can ask, or run things by. I’d be lying if I didn’t say the sales also. To see someone has purchased my book, gives me a real high. I also attended a reading group recently and they reviewed my book. That was a lovely experience and I’ve used some of their comments to shape my work in progress.

I know you're currently writing your second novel, can you tell me anything about it?

The new book is about an operating theatre in a small private hospital. We have a happily married woman and a new dynamic Surgeon. I’ve introduced other characters for the story telling, and made sure there are some surprises for the reader. My only problem is, when I look at the reviews ‘For the Love of Emily’ and look at the emails I have received, some love the sex, while others say it was a bit too much. So, it’s hard to decide how much/less sex to write. I know some would argue that you can’t please everyone, but I’d really like to!

If you could talk to your younger self, what advice surrounding your writing experience would you give?

I think twitter is a must. I don’t like it particularly, but I recognise it’s worth. I now have followers, but when I released my book, I didn’t which I should have had.
I also now realise that I should have sent some advanced reader copies of my book to get reviews. I naively thought people will read it, and if they like it, they would write a review. Seemingly, there is a whole industry out there regarding reviews, and as we all know, to sell books, the reviews are paramount.

Thank you so much to Joy for joining me and taking the time to answer my questions! It's been a pleasure having her on my blog.

If you'd like to read more about Joy's journey of writing her debut novel, she wrote a fabulous piece that was originally posted on Being Anne, which you can find here. For now though here is a small snippet...


"...the thing I really wanted to do most of all was to write a book. That was easier said than done though – life got the way. As a busy mother, stepmother and working nurse, there wasn’t much time for writing. Bills needed to be paid, and shifts needed to be worked.


That all changed in 2013, when in-between jobs, my husband and I moved to Cleethorpes so that we could enjoy the seaside. We’d previously lived in a village and travelled everywhere by car, so it was wonderful to be able to walk along the seafront each day and enjoy the seasons. Our neighbours thought we were so healthy, when in fact we were stopping off for bacon sandwiches and afternoon teas! Alas, the expanding waistline called a halt to all of that I’m afraid, although we do still enjoy a walk each day, but just stick to coffee if we stop!


During the walks, I formulated a story in my head and told my husband I was finally going to write it. I had some workmen at the house laying in a new drive and as I was busy making them tea and snacks (can’t workmen eat and drink tea – not once did they ever say, no thank you when I offered them a drink!), so while the work was going on outside, I busied myself inside the house on my laptop.

I began my story which I initially called An Iron Fist in a Velvet glove. I would walk along Cleethorpes seafront each morning and think of the characters and the plot, and then return to the house to type my thoughts. My husband told the builders I was writing a sexy novel and they asked if they could be in it! I told them that if they were thirty years younger and wearing lycra that fitted like a glove, then I’d consider it, but sadly…!"

To connect with Joy Wood on social media

To buy a copy of For The Love Of Emily click here! 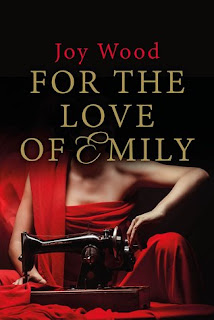 For The Love Of Emily synopsis

Rebecca Price Jones is a young woman with a deadly secret. Emily, her precious twin sister is hidden away where nobody can find her. To pay for Emily’s keep, Rebecca creates beautiful dresses by day and works as ‘Kate’, a high-class prostitute for female clients at night. Darlene Milner, a rich gay middle-aged socialite becomes besotted and plans to keep Rebecca all to herself, until Ezzio Marin, a wealthy businessman with a ruthless attitude in the boardroom and the bedroom decides that he wants the same. When the two cross paths, Rebecca’s past unravels and her secret comes out with dire consequences. From the lavish lifestyle of the rich and powerful, to the drama of a British courtroom, For the Love of Emily is a story of murder, blackmail and passion