12 Days Of Clink Street - The Cubit Quest by Trevor Leck 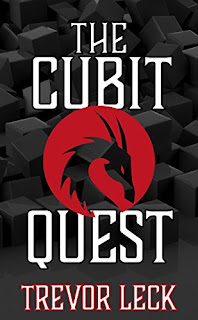 Today I'm part of a wonderfully exciting blog tour celebrating books published by Clink Street Publishing. My choice was a YA fantasy, The Cubit Quest by Trevor Leck.


Twelve-year-old Charlie Watkins could have inherited his dad’s massive intellect.


He got his massive feet instead.


Perhaps if Charlie had that intellect he might have been able to figure out why so many men in suits were suddenly following him or where his dad hid the Cubit - a mythical object that men have sworn to protect and even more have died trying to possess - before his so-called accident.


If starting yet another new school wasn’t bad enough, Charlie meets Mr Leopold, a disfigured, mind-reading lunatic and discovers that he alone must find the Cubit if he is to save his dad. The Brotherhood, however, have other ideas. Led by the ruthless Draganovic, they will stop at nothing to get their hands on it. With the help of Mr Leopold and fellow new boy Elvis, Charlie sets out on The Cubit Quest.


Hunting for the Cubit, playing football, lessons with the dreaded Funeral Face and unsuccessfully avoiding school bully Grimshaw by day, Charlie finds his nights no less complicated. Stalked in his dreams, he’s soon immersed in a world of power struggles, battling dragons and duels to the death. With the Brotherhood hot on his heels and as the bullets begin to fly, there are no guarantees that Charlie, or anyone else, will make it to the end in one piece.

This had me at dragons! I love a book with a dragon in it. I also love how the mythical sits alongside normal every day things. I think the world building it very clever and I enjoyed it thoroughly. With how North Shields is described, I felt like I had visited in person and not just in book form. I'm incredibly happy this is the first book in a series rather than a stand alone as I want more of both the world and the characters.

The Cubit Quest is fast paced and a whole heap of fun, it reminds me very much of an 80's style coming of age movie (except in book form obviously) and it also gave me similar feelings to my favourite book of all time (The Talisman by Stephen King and Peter Straub). With how the book starts and getting to know Charlie and then Elvis, you can't help but just fall in love with them and Charlie is easily a new favourite character of mine.

The story is really interesting and it kept me both engaged and guessing as to what would happen next. I was invested in finding out what had happened to Charlie's dad and what exactly was going on.

I may be a bit (ok more than a bit) older than the targeted audience, but that really didn't take away any of my enjoyment, so don't let the fact that it's YA put you off, you definitely need to try it out. 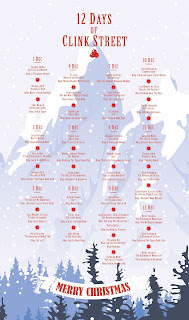