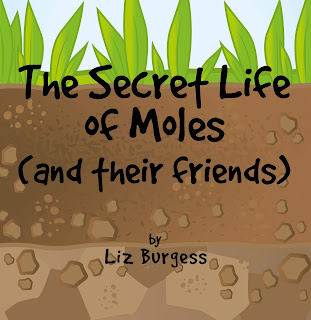 Thank you to Clink Street Publishing for having Life Of A Nerdish Mum on the blog tour for The Secret Life Of Moles (And Their Friends) by Liz Burgess.

The Secret Life Of Moles (And Their Friends)


Long fascinated by their secret activities at home in her own back garden, and the fields surrounding it, she decided to explore this special underground world, and find out more about moles and their other little friends. Liz Burgess lives in South Yorkshire and The Secret Life of Moles is her first book for children.

The Secret Life Of Moles follows Ragwort Teasel, a young mole, as he wants to spread his wings and move out of the family tunnels into more space. There's a road being built and there's a farm and tractor near by so he has to go into uncharted territory. Along the way, there are trials and tribulations until finally he is settled nicely in his new home.

As the story progresses, it shows how working together and helping your friends can assist in achieving your goals. There is also give a small insight into how moles live.

The Secret Life Of Moles is aimed at children, I would say it would be better for age seven and up as there is a lot of text and though there are pictures, they are simple (but beautiful) sketches with no colour and they are not very often. As a grown up reading the book, I found the names of things difficult, wingthings, climbing fox etc. But I'd imagine for children this would be a fun way of describing each animal and them guessing as what they were.

Overall an engaging story and I will be interested to see what Liz Burgess produces after The Secret Life Of Moles.

I gave this book 3 stars. 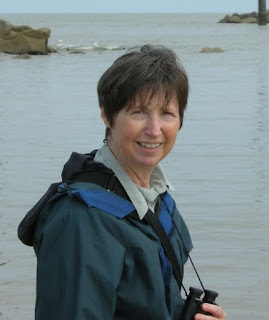 Liz Burgess lives in South Yorkshire has enjoyed a varied career, including working for a UK Environmental Charity, the latter 10 years as a Director. She had always had a keen interest in nature especially small mammals, activities in her own back garden and the surrounding fields inspired her to write the Secret Life of Moles. Any reference to a moles natural behaviour in The Secret Life of Moles is correct according to Liz’s small amount of research. All the drawings were been done by Liz in pencil and ink.


At the age of 68, Liz enjoys hiking, bird-watching anything to do with wildlife. She has done quite a bit of foreign travel, including rain forests, jungles and was fortunate to see a 'tiger' in the wild. Liz retired at 60, previous to this she worked for an environmental charity for 28 years. Mainly involved with operational developments but she does have a background in Human Resources and Employment Law. 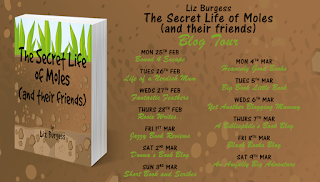 Some of you may have noticed I came back for a little while after "maternity" and then I vanished without a trace! I just thought I'd give a little update on what's been happening and announce the (hopefully) good news, that I am back and raring to go!

So, the plan was to take a "maternity break" from my blog from just before Baby Nerdling arrived, until September. With this in mind, I took on blog tours and had plans for reviews. All good intentions. I managed quite well to start off with, but then life became overwhelming with a new baby, a five year old, daily life and some other personal stuff and the thought of going back to "work work" looming. Reading and blogging, were no longer a priority. I ended up letting a couple of people down on blog tours and reviews, I just felt like quitting blogging altogether. With that in mind I sent an email to all the publishers and blog tour organisers that I normally work with just to give them a heads up and to ask them to bear with me. They were all absolutely wonderful about it, so it made me feel so much better about the whole situation.

As time went on, I wasn't sure if I was going to come back to blogging or if I was just going to quietly go on my way and just not update or upload any more. I didn't even read until Nerdish Dad decided enough was enough and started handing me books he had chosen that I had to read! I went through January pretty much thinking that was it for blogging though, I'd gone back to "work work" and genuinely I had zero time to blog even if I wanted to. But then February hit and I started to get the itch to start sharing my reviews and getting back into the bloggersphere! So I've signed up for, just a couple, of blog tours, all of which I'm looking forward to.

Going forward I will be doing blog tours, but nowhere near the amount I used to, not only just because of the lack of time, but I want to avoid burning out again. I'm also excited to be catching up on the many reviews and blogs that I haven't posted that will start appearing over the next few weeks. I'm also going to be going ahead with blog posts that I've had planned for so long, but have not got around to it. Life Of A Nerdish Mum is going to start looking a little bit different than it used to, but hopefully you'll all join me for the ride and enjoy the experience.

Posted by NerdishMum at 09:00 No comments: