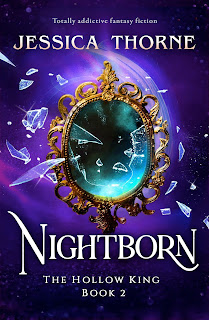 Today on Life Of A Nerdish Mum I'm pleased to be taking part of the blog tour for Nightborn by Jessica Thorne. A big thank you to Bookouture and the author for having me along.


Like deep dark water, it pulls them down. The faint fire of magic within them flickers and dies. Their eyes turn black as night. They are nightborn now.

Grace Marchant has been many things: streetwise orphan, rebellious servant, and now beloved companion of Prince Bastien, heir to the throne of Larelwynn. But their sunlit happiness is not destined to last. The golden magic which brought them together in purest passion is threatened by strange and ancient forces. Innocent people are becoming nightborn – cruel, deadly, unrecognisable to their loved ones – and these two young lovers are the only ones with power enough to stop it.

In times of peace, striking a deal with their closest enemy would be unthinkable, but now their only hope is to ally with the neighbouring Valenti royal family: manipulative, cunning, and always with an eye on the Larelwynn throne. The partnership comes at a devastating price… if Grace wants to defeat the nightborn, she must watch Bastien marry a Valenti princess.

Grace knows she must make this heart-wrenching sacrifice for the good of the whole kingdom – but she also fears the magic in her veins, usually so warm and bright, is turning cold as deepest midnight. A beguiling darkness whispers to her from within. Is Grace herself becoming nightborn?

Time is running out. With Bastien promised to another, and a stony distance growing between them, will Grace find the source of the nightborn curse before every last soul is consumed by the darkness?

After reading Mageborn, I was thoroughly excited to read the next installment and I was not disappointed.

Following the slower paced first book, full of wonderful world building, Nightborn is fast paced and action packed almost beginning to end and it was brilliant.

The characters really came into their own, especially Grace which was really good to have followed from the beginning. I also enjoyed how relationships changed and evolved as the story progresses. Sometimes you find in series that relationships (friendship or romantic) hit a certain level and the stagnate for the rest of the story. This doesn't happen in Nightborn!

The story was well thought out and kept me engaged. I really cared and wanted to know what happened next. I would have liked a bit more use of powers, but that's just my opinion. 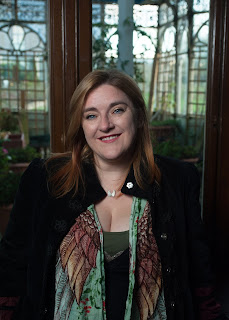 Jessica Thorne saw Star Wars at an impressionable age and life was never the same. She’s loved fantasy, romance and science fiction ever since and spends her time looking for adventure – in the pages of her books.

Sometimes she is Ruth Frances Long and won the European Science Fiction Society Spirit of Dedication Award for Best Author of Children’s Science Fiction and Fantasy, 2015. 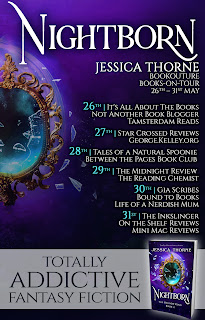 Posted by NerdishMum at 08:50 No comments: 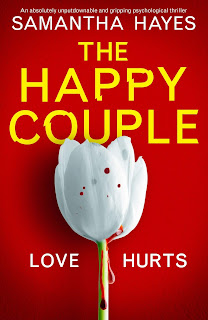 Today on Life Of A Nerdish Mum I'm happy to be taking part in the blog tour for The Happy Couple by Samantha Hayes. Thank you both to the author and Sarah Hardy for having me along.

Me and Will. Will and Me. A perfect match. He said he would always be there for me, but it’s been a year since he drained his coffee, walked out the front door and vanished.Did he leave me? Or did something terrible happen? I’m scared someone finally found out about what happened on the drive home that night…I lie awake at night trawling the internet for rental properties, desperate for an escape. Until I see my husband’s gorgeous face smiling back at me from a photograph on the fireplace in someone else’s home, and something inside of me snaps.At the house, I find no trace of him and the woman who lives there has no idea who I am. But I’m certain she’s hiding something behind the locked door upstairs. I know that if I want answers, I have to stay.You might think that what’s inside that room is the answer to all my questions and the end of all my pain. But it’s only the beginning…

The start of The Happy Couple is a slow burn and the story comes together bit by bit before it really gets going. I like a gentler pace in my psychological thrillers sometimes as you can get lost in all the information too easily when it's thrown at you.

I'm not sure if I liked any of the characters, but I'm not really sure if I'm supposed to. Some of the lesser characters felt slightly less well rounded than others, but they were all still very easily imagined.  Jo, the main character was relatable and I could feel how confused she must be. I know if it was me, I wouldn't let it go without an answer and I'd be constantly doubting my sanity, so I completely empathised with her.

The pace picks up the closer to the ending you get and I was sat on the edge of my seat, wondering what would happen next! Would I find out what was really going on? The ending, without spoiling anything, is going to be a marmite ending. Some people are going to hate it, but people like me will absolutely love it!! 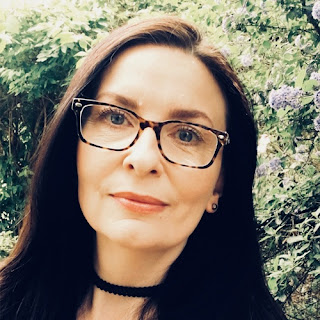 Samantha Hayes grew up in Warwickshire, left school at sixteen, avoided university and took jobs ranging from private detective to barmaid to fruit picker and factory worker. She lived on a kibbutz, and spent time living in Australia and the USA, before finally becoming a crime-writer.Her writing career began when she won a short story competition in 2003 and her sixteenth novel, THE HAPPY COUPLE is out 6th May. Her novels are family-based psychological thrillers, with the emphasis being on 'real life fiction'. She focuses on current issues and sets out to make her readers ask, 'What if this happened to me or my family?' And you'll always find a BIG twist at the end of her novels!GOOD HOUSEKEEPING says "We're big fans of Samantha Hayes. Her believable psychological thrillers are completely gripping..." 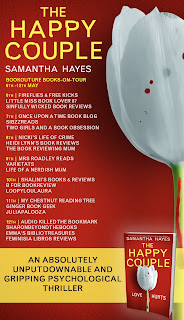 Posted by NerdishMum at 19:01 No comments: