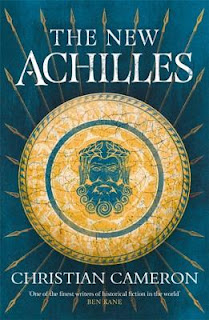 Today Life Of A Nerdish Mum is happy to take part in the blog tour celebrating the release of The New Achilles by seasoned historical fiction author, Christian Cameron.

Alexanor is a man who has seen too much blood. He has left the sword behind him to become a healer in the greatest sanctuary in Greece: he has turned his back on war.But war has followed him to his refuge at Epidauros, and now a battle to end the freedom of Greece is all around him. The Mediterranean superpowers of Rome, Egypt and Macedon are waging their proxy wars on Hellenic soil, turning Greek farmers into slaves and mercenaries.Greece needs a champion.When a wounded soldier is carried into his temple, Alexanor believes the man's wounds are mortal. But he is not destined to die. But Alexanor must face his own daemons before he can help the hero face his.Because this is the new Achilles. His name is Philopoemen.This is Greece's champion. The last hero. He is the new Achilles.

I only discovered my love of historical fiction a couple of years ago, but I sadly don't find time to read the genre very often. When the opportunity to read The New Achilles came up though, I jumped at it as I absolutely love Greek history in part due to my Greek heritage. Also the story sounded fascinating.

The action is right there from chapter one and continues right the way through the story. There are many extremely well written battles, both exciting and detailed. I'm not always the biggest fan of battle scenes in books (in War and Peace, I far preferred the "peace" sections to the war scenes), but in The New Achilles, I was kept engaged and wanted to know the outcome, instead of zoning out or skim reading.

Alexanor is an interesting character as he is someone who has moved from a life of fighting to a life of peace, before becoming embroiled again in the world of war. He is a far more stable character than you'd imagine and I really enjoyed his presence and his character development.

You can tell the author is a historian, this is not a detrimental thing, as the language and terminology used is obviously correct of the time period. I enjoy learning when I read, so having to use the glossary (and good old Google) on occasion was really helpful. The author's knowledge also helps with the feeling of authenticity of the places and people of the time period. This all really helped immerse me fully into the story.

Overall a really excellent and intense read, not one to be sped through, but one to be savoured. 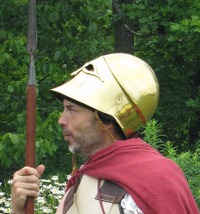 Aka Miles Cameron. Also publishes as Gordon Kent with his father Kenneth M. Cameron.Christian Cameron was born in Pittsburgh, Pennsylvania in 1962. He grew up in Rockport, Massachusetts, Iowa City, Iowa,Christian Cameron and Rochester, New York, where he attended McQuaid Jesuit High School and later graduated from the University of Rochester with a degree in history.After the longest undergraduate degree on record (1980-87), he joined the United States Navy, where he served as an intelligence officer and as a backseater in S-3 Vikings in the First Gulf War, in Somalia, and elsewhere. After a dozen years of service, he became a full time writer in 2000. He lives in Toronto (that’s Ontario, in Canada) with his wife Sarah and their daughter Beatrice, currently age four. And a half. 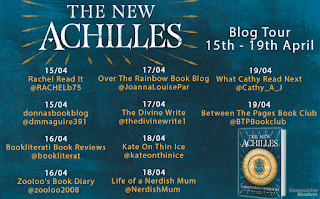