Getting To Know... Jim Ody 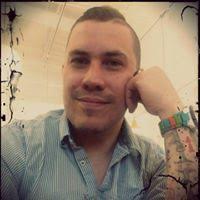 Today on Getting To Know... I have the very wonderful Jim Ody, author of Lost Connections and The Place That Never Existed.


You write thrillers, what is it that draws you to this genre?

I have always been big into psychology. I love to explore how different people act within certain situations, as well as understanding individual's thresholds, and the ability to push people's buttons, or manipulation. I also believe that if you can keep the reader guessing, then you are more likely to keep them wanting to read until the end of the book.

I love red herrings, and trying to lead the reader, before surprising them with a twist in the tale. I am a huge fan of M Night Shayamalan, and in my knew book, The Place That Never Existed I drop subtle clues throughout as to what the twist at the end might be!

Yes, pretty much. I grew up on a farm and understood early on that this seemed like a lot of work for little reward! My dad is a good businessman and slowly developed the farm buildings into business units when farming no longer paid. From watching Convoy and riding in my dad's lorry, I wanted to be a lorry driver, and for a short period a stunt man (I loved The Fall Guy in the 80's), but since a child I had a love of writing stories and maintained this dream up until today.

You have written a short story, The Moth In The Jar, which has been published in the anthology Dark Minds. Do you have a preference over writing a novel or a short story?

Yes, most definitely! I prefer writing novels. Had the opportunity to write the story for Dark Minds not arisen, then I am not sure that I ever would've written a short story ever again!  I love the complexity of a novel. Fully exploring the characters and intertwining the back stories. I am lucky that stories just pop into my head, and  I had half written another story The Pocket Watch, when I decided that with the high caliber of authors I needed to step up and have a story that packed a punch. The Moth In The Jar virtually wrote itself in a couple of days, and opened me up to consider writing more short stories in the future.

In Lost Connections, there is a comedic undertone throughout. Are you a natural comedian or is it something that you worked on for the story?

I was blessed  - or cursed - with a strange sense of humour (depending on how long you are forced to be around me), and I am never happier writing than when I am adding something comedic to the story. I love to have banter between characters, and there is always one that performs the roll of the 'the fool' on some level. Personally what I strive to do is write a novel that is multi layered. There will be flashes of ideology and philosophy (both that I have a fleeting interest in), an understanding of relationships (I studied Sociology at college), but a simple path of a main story-line with a light comedic tone. In the second novel that I ever wrote (the unpublished ...Just South Of Heaven) it was a crime/caper full of exaggerated characters (A hit-man with narcolepsy, a retired clown that still wears the make up each day, and a trio of Elvis fans), so I have toned down dramatically the comedy so as it is no longer satire (the follow up book was called Missing Miss Legless, about a one-legged pornstar that goes missing). I want to write crime/thrillers with comedic undertones rather than comedy/capers with a crime undertones...although I may revisit this series and finally release them in the future...

When you are writing, do you have a set routine or schedule that you like to follow?

I start with a simple idea for the beginning, and then usually a twist of an ending. I then sit down and let the rest of the book writ itself with little or no planning. I get bored and distracted easily (the PC I write on doesn't have internet access so as I am not distracted!), so for me if I have the whole book planned out, then I will disregard it halfway through and start writing the next story that has popped into my head. I have more than half a dozen half written novels...The downside to my approach is that I tend add something big halfway through, and then have to re-write the change throughout the beginning again. For Lost Connections, I probably wrote the equivalent to three or four novels with all of the re-writes that I did.

I have many stories! From The Futureheads complaining to my editor about my review because I didn't rate it very well, being heckled by drunk band members when I was interviewing a local band, to meeting and interviewing my favourite band back then Bowling For Soup at London Astoria. I really enjoyed my time reviewing bands, and at one time I was being quoted all over the place in Press Releases, and being thanked on band websites and in album notes, but actually it stalled my novel writing. It took sometime to get used to focusing on something that I might not get good feedback or the sort of recognition that I was beginning to get used to.

I have three children aged between 4 and 8, so they keep me pretty busy! However I play football twice a week, and the drums when I can. I love music, films and I read about a book a week.

If you could give younger you any advice about your writing journey, what would it be?

Write more and not give up! I wrote my first (unpublished) novel in 1998 called Mojo Retribution, and then ...Just South Of Heaven a year or so later which briefly had an agent interested in, but when they eventually decided not to take a chance in me, I gave up. It was over ten years before I finished another novel. I was just as self-destructive with football , and at the same time was playing in the Wiltshire League when I took a dislike to being substituted and threw my shirt at my manager, walked off to the changing room, got my stuff and drove home. I never played for the club or at that level ever again.

I am a huge fan of Joe R Lansdale. I love his wit, from his gritty crime Hap & Leonard series, to his books like The Bottoms and Sunset And Sawdust, which are set in turn of the century small town American . Touching and moving they tell of the struggles of race, poverty and injustice. I love Linwood Barclay and Harlan Coben for thrillers, classic Grisham, Kinky Freidman's banter and the ever adaptable Dean Koontz.

The Place That Never Existed has only recently been released but what can we look forward to from you next?

I am busy busy busy! Currently I am writing a novella called The Whispers which I hope to be available next spring, and a who-done-it-with-a-twist novel (that I am pretty excited about), which I will hope to have released by the end of next year. After that I have half of another novella written, and an idea forming for another crime novel. My editor also planted a seed in my head about writing a YA book featuring Daisy and Miss Chambers from my debut novel (a sort of spin-off), which I am seriously considering.

I am a self-published author, and whilst I am not particularly actively seeking a publisher, I cannot say that I wouldn't be open to offers. This may well influence where my writing direction goes - although not before I have the backing of my brilliant agent (and adviser) Shelagh!

Thank you so much to Jim for answering my questions, I have thoroughly enjoyed his answers.

To Connect With Jim Ody 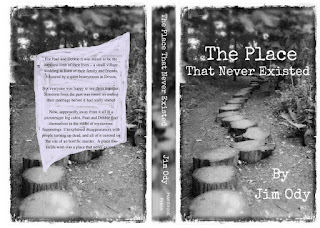 The Place That Never Existed

For Paul and Debbie it was meant to be the happiest time of their lives – a small village wedding in front of their family and friends, followed by a quiet honeymoon in Devon. Not everyone was happy to see them together. Someone from the past was intent on ending their marriage before it had really started. Now, supposedly away from it all in a picturesque log cabin, Paul and Debbie find themselves in the midst of mysterious happenings. Unexplained disappearances with people turning up dead, and all of it centred on the site of an horrific murder. A place the locals wish was a place that never existed.