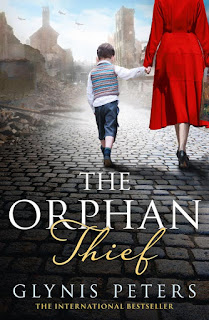 Today on Life Of A Nerdish Mum I'm happy to be part of the promotional tour for The Orphan Thief by Glynis Peters.


From the international bestselling author of The Secret Orphan
When all seems lost…
As Hitler’s bombs rain down on a battered and beleaguered Britain, Ruby Shadwell is dealt the most devastating blow – her entire family lost during the Coventry Blitz.
Hope still survives…
Alone and with the city in chaos, Ruby is determined to survive this war and rebuild her life.  And a chance encounter with street urchin Tommy gives Ruby just the chance she needs…
And love will overcome.
Because Tommy brings with him Canadian Sergeant Jean-Paul Clayton.  Jean-Paul is drawn to Ruby and wants to help her, but Ruby cannot bear another loss.
Can love bloom amidst the ruins?  Or will the war take Ruby’s last chance at happiness too?

If that sounds amazing to you to, you can buy here - 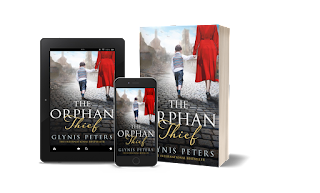 She married her school sweetheart in 1979, and they have three children. They also have three grandchildren, with another due in the spring of 2019, the year of their ruby wedding Anniversary.
​
In 2014, Glynis was short-listed for the Festival of Romantic Fiction New Talent Award.
​
In 2018, HarperCollins/HarperImpulse published her novel, The Secret Orphan. The novel rose to several bestseller positions within a few months of release.
​
When Glynis is not writing she enjoys fishing with her husband, making greetings cards, cross stitch and the company of her granddaughters.

Her grandson lives in Canada, and it is for that reason she  introduced a Canadian pilot into The Secret Orphan. 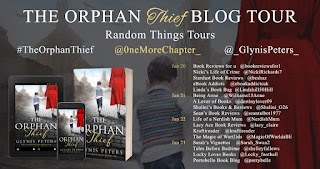