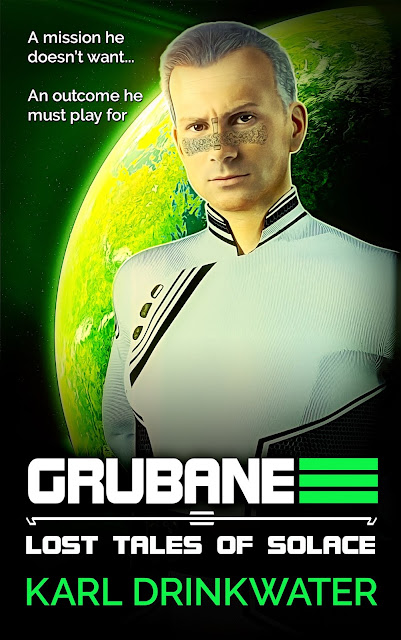 Today I'm extremely excited to be helping kickoff the blog tour for Grubane by Karl Drinkwater. Karl Drinkwater is one of my favourite authors, so I jumped at the chance to take part! I'm really hoping a hard copy bind up Lost Tales Of Solace will be released in the future so I can complete my Karl Drinkwater shelf!! A big thanks to Karl and Rachel of Rachel's Random Resources for having me along.

Major Grubane is commander of the Aurikaa, the most feared cruiser in the UFS arsenal.

His crew is handpicked and fiercely loyal. Together, they have never failed a mission, and their reputation precedes them.

But this time he’s been sent to a key planet that is caught up in political tensions at the centre of the freedom debate. What he thought was a simple diplomatic mission turns out to be the hardest choice of his career. His orders: eliminate one million inhabitants of the planet, and ensure their compliance.

Grubane has also rediscovered an ancient game called chess, and plays it against the ship AI as a form of mental training. But maybe it could be more than that as he finds himself asking questions. Can orders be reinterpreted? How many moves ahead is it possible for one man to plan? And how many players are involved in this game?

Grubane follows the actions of Major Grubane, and is viewed by the AI Aurikka12. As usual the writing of an AI, I feel is spot on. I always end up having them as a favourite character as though you can tell they aren't human, they learn and develop as the story continues. I get far too invested in how they "feel".

As this novella is about Grubane, it is more military in tone than the other books in the and could have come across as dry. It does not at all though and kept me thoroughly involved and I read the entire book in one sitting. An

I loved the use of chess throughout as it was something relateable and helped show how Grubane thought through certain situations and used his logical prowess. It also shows just how much work and thought goes into every story that Karl Drinkwater writes.

Though not exactly an origin story, it definitely gives a lot more insight into Grubane and it means this novella fits perfectly read either before Lost Solace or after. A good back story is always interesting in my opinion!

Another absolutely top notch and unmissable part of the Lost Solace series. I already can't wait for more. 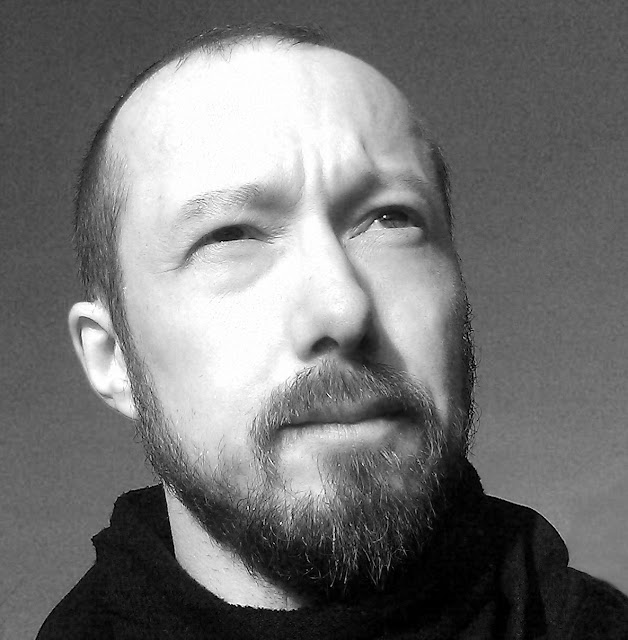 Karl Drinkwater is originally from Manchester but lived in Wales for twenty years, and now calls Scotland his home. He’s a full-time author, edits fiction for other writers, and was a professional librarian for over twenty-five years. He has degrees in English, Classics, and Information Science.He writes in multiple genres: his aim is always just to tell a good story. Among his books you’ll find elements of literary and contemporary fiction, gritty urban, horror, suspense, paranormal, thriller, sci-fi, romance, social commentary, and more. The end result is interesting and authentic characters, clever and compelling plots, and believable worlds.When he isn’t writing he loves exercise, guitars, computer and board games, the natural environment, animals, social justice, cake, and zombies. Not necessarily in that order. 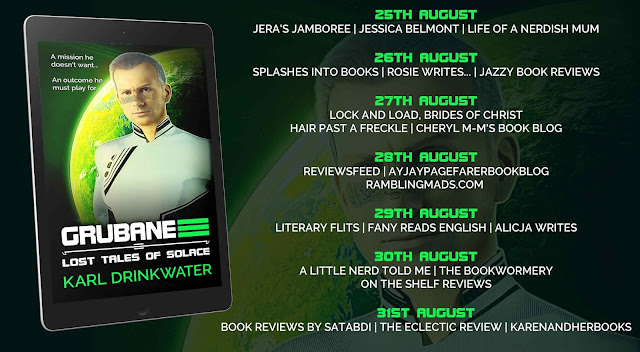 Today on Life of a Nerdish Mum I am excited to be sharing my review of Peter Bartram's latest Colin Crampton mystery. I also get to sh... 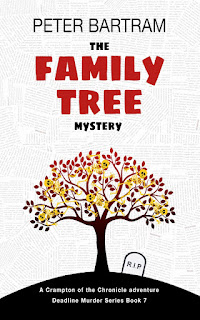