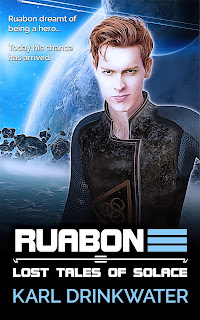 Today on Life Of A Nerdish Mum, I'm taking part in the blog tour for Ruabon by Karl Drinkwater. A big shout out to the author as always and thank you to Rachel of Rachel's Random Resources for having me along.

Nothing ever happens here.

Ruabon Nadarl is just another low-ranking member of the scan crew, slaving away for the UFS which “liberated” his homeworld. To help pass the time during long shifts he builds secret personalities into the robots he controls. Despite his ingenuity, the UFS offers few opportunities for a better life.

Then Ruabon detects an intruder on the surface of a vital communications tower.

He could just report it and let the deadly UFS commandos take over, while Ruabon returns to obscurity.

Or he could break UFS laws and try to capture the intruder himself. For the UFS, only the outcome matters, not the method. If his custom-programmed drones can save the day, he’ll be a hero.

And if he fails, he’ll be dead.

Another absolute page turner in the Lost Solace series by Karl Drinkwater! I flew through this do quickly because I just couldn't put it down.

I will never not be amazed at how much character development and world building that Karl Drinkwater can bring to a story, I become completely invested in the character and Ruabon was no different. Ruabon has depth and complexity and it was so interesting seeing what he would do next.

The tone throughout is both thrilling and intense as you watch the scenes unfold.

You can tell in all his work, but particularly in the Lost Solace series, just how much time Karl Drinkwater spends researching things and making sure the science in his world works. It's technically written, but doesn't exclude people who aren't technically minded.

A really wonderful addition to the series and another 5 stars from me. 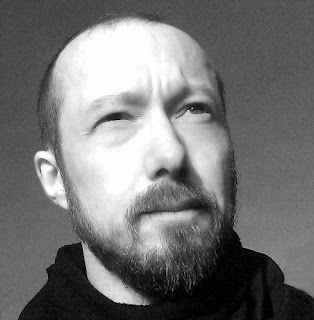 Karl has lived in many places but now calls Scotland his home. He’s an ex-librarian with degrees in English, Classics, and Information Science. He also studied astrophysics for a year at university, surprising himself by winning a prize for “Outstanding Performance”. Karl is an active member of the British Science Fiction Association (BSFA), the Horror Writers Association (HWA), and the Alliance of Independent Authors (ALLi).

When he isn’t writing he loves guitars, exercise, computer and board games, nature, and vegan cake. Not necessarily in that order. 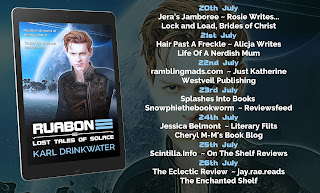