Back at the end of January I announced that I would be taking part in Finish It Feb and I gave myself a nice varied list of 12 books to choose from throughout the month to pick up and read.

I  really enjoyed the idea of this challenge as I have a bad habit of starting a series and then being distracted by something else. So having to concentrate on finishing things off, or at least finishing the books I own in a series so far, was very motivating.

I'm definitely glad I chose to give myself so many books to choose from as I don't think I would have been as successful as I was as I would have felt restricted if I only had one or two options.

Onto the books I read... 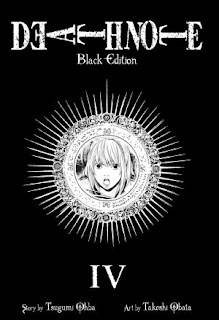 The first book I read was Death Note: Black Edition, Vol. 4 by Tsugumi Ohba. It's the fourth bind up of Death Note and it is not the final book in the series, however it is the last one that I own so far that I haven't read. I plan on picking up the final two volumes in the next couple of months and will read them as I get them so I stay up to date.

The second book I read was The Kill Order by James Dashner which is a prequel to the Maze Runner trilogy. I own all of the Maze Runner books (so far anyway as I believe there will be another book out this year which I'll also be picking up and reading), but this is the only one I hadn't read. 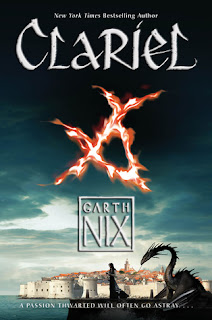 And finally the last book I read for Finish It Feb was Clariel by Garth Nix, which is another prequel to a trilogy. I've owned it for quite a while now as I was super excited when it was released and then books for review and other books got in the way. While I was reading this Garth Nix actually announced that the next book in the series will be out in October this year (2016), so I'll definitely be picking that up when that comes out too.

Three books doesn't seem like much, but it's three books of series that I now no longer need to read and I enjoyed seeing the pile go down as I chose them, so I will probably do this again at some point in the future.

If you want to check out any of the reviews I did for the books I read, my Goodreads profile is here.

Did you take part in Finish It Feb? What books did you choose to read?
Posted by NerdishMum at 19:00