Today I'm extremely happy to be part of the blog tour for the fabulous book Fruit Woman by Kate Rigby.

Fruit Woman is narrated by Helen Scutt, a quirky and naïve twenty-seven-year-old. The image of the Fruit Woman has appeared to Helen at important times in her life, particularly in relation to her own sexual and spiritual awakening. But only now, while on holiday with her extended family, does she get her first warning message from the Fruit Woman.

Set in the l980s, Helen returns with her extended family, after a twelve year break, to spend a fortnight at their favourite holiday destination in Devon: Myrtle Cottages. Due to join them for the second week of the holiday are: Helen's old friend, Bella, Bella's brother, Dominic, and Helen's cousin, Les.

But shortly after the family have arrived on holiday, Helen's mother announces that she has also invited along someone from church for the second week of their holiday: Christine Wigg, a friend of the family, and victim of a rape several years before.

In the context of the family holiday, where games of cards, scatological worries, and deep discussions abound, the story centres on Helen's anxieties over the second week's 'guest list'. She's not seen Bella for years, she’s attracted to Dominic in spite of his religious beliefs, and she thinks it a bad idea for her mother to have invited Les, who was originally accused of Christine's rape by her in-laws. Helen's concerns trigger off all sorts of childhood and adolescent memories, but as her anxieties mount, can she make sense at last of what happened years before?

I really enjoyed the quirkiness and the time of Fruit Woman, the 80's are a favourite time of mine so it was nice to be immersed with some of the references from the time.

Considering the book is relatively short (under 200 pages) I thought the characters were extremely well rounded and full of complexities, especially the main character Helen. I also really enjoyed the Grandma, she came across exactly how you'd imagine a grandma (or great grandma would act and talk. I could really picture her.

Some of the topics covered in Fruit Woman are actually quite dark and deep and I thought they were dealt with in an intelligent and sympathetic manner. It was interesting to see how certain issues and occurrences had shaped Helen and affected how her life was turning out.

There was religion throughout the book, I've mentioned before I'm not particularly religious, but I found it fascinating how much it can affect someones feeling towards someone if they are from a different religion. It's also quite relevant with today's atmosphere.

The ending came at me from out of nowhere and I felt so many different emotions! For such a short story, it certainly packed a punch. I won't discuss what happens as I would have to take away the enjoyment of someone reading this for the first time, but certainly expect drama.

Overall a really enjoyable read and one I will be recommending to people. 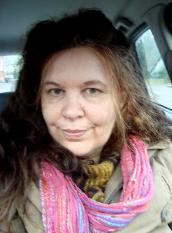 "I am a hybrid writer, which means I have been published in a variety of different ways; traditionally, by small press and now independently, or self-published.
I've been writing novels for over thirty years.  Some of my book are available in paperback and all are available as e-books.
Social networking sites and writing sites have opened up a whole new world to me and introduced me to some great new writers and books I wouldn't otherwise have discovered.
I love cats, singing, photography, music and LFC.
I'm also an avid keyboard warrior, campaigning against social injustice"

Subscribe here for news about my books and writing. 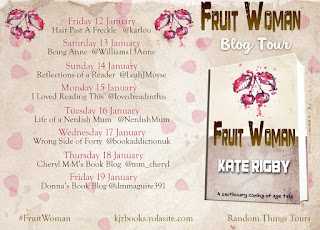