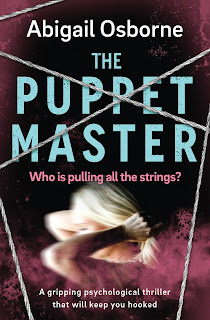 I bought The Puppet Master months ago and have been wanting to read it, but have just not had the time. When I saw Bloodhound Books were going to be running a blog blitz for the book, I immediately volunteered to be part as it gave me the perfect reason to have time to read a book I've wanted to read for so long! I'm so glad I did as it was well worth the wait to read.

Billie is hiding from the world in fear of a man who nearly destroyed her. But a chance meeting with budding journalist, Adam, sparks a relationship that could free her from her life of isolation and fear.
Unbeknown to Billie, Adam knows exactly who Billie is and is determined to expose her and get justice for the lives he believes she has ruined. But first, he needs to convince her to open up to him. As an unwanted attraction blossoms between them, Adam comes to realise that all is not as it seems.
Who is really pulling the strings? And are Adam and Billie both being played?
One thing is for sure, The Master wants his puppets back – and he’ll do anything to keep them.
My Review

The Puppet Master certainly fits the bill perfectly for being a psychological thriller, its dark, chilling and the tension builds to a crescendo. I absolutely loved it.

The story alternates between the two main characters, Adam and Billie and I really enjoyed the multiple perspectives that gave me as the reader. It's always good to get inside the head of more than one character in a story. I also thinks it makes the book even harder to put down as I always tell myself I need to find out what the other person thought about what just happened!

The story also shifts between present day and when all of Billie's problems started. That was a really clever way of giving us readers information without info dumping and I really enjoyed going through things as they happened with the character.

I was fascinated to find out exactly what Billie had been through and just what Adam knew about her as he seems to know so much. The relationship that's built between them is very tentative and fraught with indecision and mixed feelings. It really showed just how much they had been messed up by things that had been controlled by someone else.

I really wanted to see how someone could really control two peoples lives so minutely and without spoiling anything I can say it was pretty darn genius! I was taken aback a few times through the book by things that I was not expecting.

Overall an absolutely excellent debut novel from Abigail Osborne and I can't wait for more from her. I just won't leave as long to read this time. 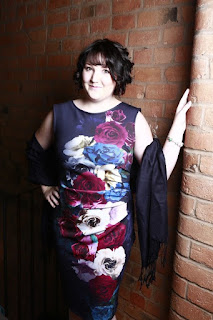 I was lucky enough to have Abigail appear on my Getting To Know... feature which you can check out here if you'd like to know more about her.

Abigail is originally from the Lake District but moved to the West Midlands for University where she completed an English Literature & History degree and also met her husband. She is a passionate reader and has an unsustainable collection of books. This obsession with books has led to her creating her own Dewey decimal system and she has been known to issue fines to family and friends if her book is not returned on time. 'The Puppet Master' is Abigail's debut novel and has unleashed a passion for writing. When not writing or reading Abigail is usually playing her violin or hiding from her much too energetic cats. She also works as a Needs Assessor for disabled university students in the West Midlands.

Don't Forget About The Rest Of The Blitz 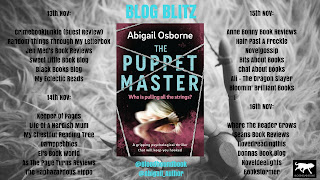