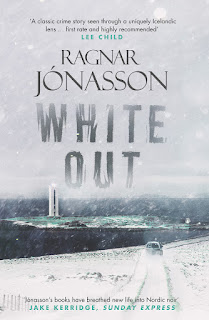 I've said it before and I'll say it again. Orenda Books publish the most amazing books from the most amazing authors! If I could realistically read and review every single book they publish in time for the tours, I'd never say no! Whiteout by Ragnar Jónasson is another excellent example of the quality of books they produce and I'm very happy to be sharing my review with you all today.

Two days before Christmas, a young woman is found dead beneath the cliffs of the deserted village of Kálfshamarvík. Did she jump, or did something more sinister take place beneath the lighthouse and the abandoned old house on the remote rocky outcrop? With winter closing in and the snow falling relentlessly, Ari Thór Arason discovers that the victim's mother and young sister also lost their lives in this same spot, twenty-five years earlier. As the dark history and its secrets of the village are unveiled, and the death toll begins to rise, the Siglufjordur detectives must race against the clock to find the killer, before another tragedy takes place. Dark, chilling and complex, Whiteout is a haunting, atmospheric and stunningly plotted thriller from one of Iceland's bestselling crime writers.

Ari Thór is back with another dark and fascinating case. Ragnor Jónasson's writing is excellent and the cases he comes up with are incredibly unique and fascinating.

The first few chapters in Whiteout, follow Ásta who is returning to her childhood home after over twenty years. We don't get much information about her as she is quiet and reticent, but we know enough to really get to care about her and what will happen on her visit "home". I thought it was a really nice touch, getting to know the victim first and joining her on her last few days before her untimely death.

As always Iceland is one of the main characters of the story and the dark, cold isolation of Kálfshamarsvík really comes through the pages. I could feel the bitter chill of the winter and the wildness of the sea crashing against the cliff bottoms. Such a lonely and sad place to die.

On this case, Ari is back working with Tómas, his old boss as a favour and as a way to possibly move to a different police force. It was good to see them back together, though they seemed to have drifted apart in the time they haven't been working together as Tómas isn't aware of some major happenings in Ari's life. We also see more of Kristin in Whiteout and her and Ari's relationship is an interesting one. They've been through a lot together, but I personally don't know if they really work.

As this is a sequel and a crime book, I won't be talking about the plot as I would never want to spoil anyone discovering what has happened on their own. As usual you can read this as a stand alone, but there are some minor spoilers from previous books, but nothing too major that I can recall. The translation is absolutely spot on and again you wouldn't know this was originally written in another language. I think this is so very important in translated books so as not to make the reading difficult and put anyone off trying more.

Overall another excellent nordic noir from Ragnor Jónasson and one that has left me eagerly anticipating the next book in the Dark Iceland series. If you haven't already, go check out the series! 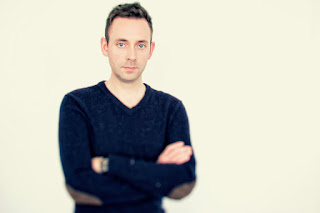 Ragnar Jónasson is author of the international bestselling Dark Iceland series. His debut Snowblind went to number one in the kindle charts shortly after publication, and Nightblind, Blackout and Rupture soon followed suit, hitting the number one spot in five countries, and the series being sold in 18 countries and for TV. Ragnar was born in Reykjavik, Iceland, where he continues to work as a lawyer. From the age of 17, Ragnar translated 14 Agatha Christie novels into Icelandic. He has appeared on festival panels worldwide, and lives in Reykjavik with his wife and young daughters.

Don't Forget About The Rest Of The Tour 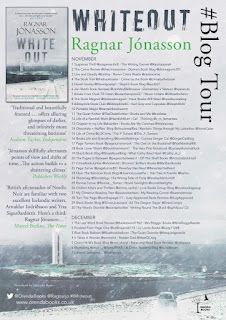