Why We Love Mysteries - A Guest Post by Larry Enmon

Today on Life Of A Nerdish Mum I am very pleased to welcome debut author Larry Enmon to my blog as he discusses just why everyone loves a good mystery.

WHY WE LOVE MYSTERIES


Just so we start off on the right foot here, I've read everything Sir Author Conan Doyle ever wrote about Sherlock Holmes. As a young man I was fascinated by mysteries and mystery writing. Read everything I could get. But I did something that caused me to stop following the genre. I became a policeman.


For thirty-seven years I lived the dream—and often the nightmare—of solving mysteries. I started as a municipal police officer in Houston working uniform patrol and undercover vice. I eventually accepted an appointment as a special agent with the Secret Service and continued investigating crimes and solving mysteries. But I stopped reading them. That was probably a mistake.


Every good story contains an element of mystery. It's in our human DNA to ask why—to solve the puzzle, to discover the secret. That's what pushes mankind forward. Everyone wants to be the first to figure it out.


Reading a good mystery allows the reader to experience the thrill of the hunt without the inherent dangers involved in hunting. Staying at a safe distance from danger is always better than experiencing it first hand. Trust me—I've been shot at more than once. And what else do we love about mysteries? The crime gets solved and the bad guy either gets killed or goes to jail. Not always so in the real world.


The old-style detective and mystery writers weren’t as concerned about characters as the new writers of today. What started out as a plot-driven genre has evolved into a character-driven one. In the digital age, we want to know everything about everyone. This has led to the characters in mysteries becoming more interesting than the plot. Let me share an example: True Detective – Season One (HBO). Sure we care about the detectives discovering the identity of the serial killer, but what keeps us coming back to view the next episode is the relationship between the two detectives, Rust and Marty.


Another writer once asked me how many homicides I saw as a uniform police officer. This started me to thinking about all the different types of death I investigated. Each had a mystery associated with it that needed solving. I saw death by shooting, stabbing, drowning, electrocution, crushing (yes, that happens), poisoning, blunt force trauma, falling, hanging, and burning. I was the first unit on the scene, and it was my job to determine what happened, how it happened, why it happened, and round up the witnesses before the homicide detectives arrived. (Old Cop Trick #1: Always ask the witnesses for some identification. Once they present it, drop it in your pocket. If you don't, in all the confusion, they might just wander away.)


I suspect that few police officers read mysteries, probably for the same reasons that I stopped. It's hard enough living with the horrible real images we see as police. Also living with the fictional ones is like taking your work home with you. But having the experience as an officer gave me the background necessary to write a good mystery. I still love to solve crimes, but only fictional ones, please.


So let me leave you with a real police mystery I witnessed first-hand. My partner and I made the scene of a shooting involving two men. The victim was in his mid-twenties, six foot five, and unarmed. The suspect was in his late teens and five feet tall. According to a half dozen witnesses, the older man began harassing and threatening the younger one over the affections of a woman. The younger man pulled out a small caliber pistol and pointed it at the older one. The victim screamed, "Nooooooooooooo!" just as the single shot rang out. The victim fell to the pavement, dead as a door nail. But there was one problem. The body didn't have a mark on it. No entry wound of any kind!


Everyone assumed the guy either cracked his skull when he fell or suffered a heart attack out of fear. The only blood was a few drops on the guy's lower lip, which could be attributed to biting his tongue or lip as he hit the pavement. The homicide detectives were on their way, so I had only a few minutes to figure it out. As far as everyone was concerned, the suspect had missed the victim when he shot at him. But it was a homicide. Want to know how?


The short suspect fired the small caliber pistol at the taller victim as he screamed, "Nooooooooooo!" The bullet entered the victim's mouth and, because of the angle of the shot (five-foot-tall guy shooting at six-foot-five guy), went into his brain, killing him instantly. The small amount of blood on the victim's lower lip was the only sign of violence. But the bullet in the brain was the cause of death.


Yes, everyone loves a good mystery. 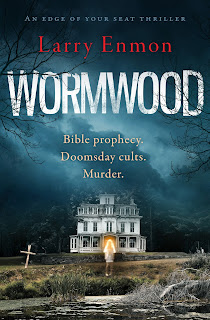 In Dallas, Texas, Katrina Wallace goes missing. As the mayor's daughter, her kidnapping triggers mounting political pressure and forces the Chief of Police to put two senior detectives on the case. Rob Soliz and Frank Pierce have done the impossible in the past, but their methods are unconventional.
The only evidence at the scene is a Bible found in the girl's car and soon Frank and Rob find themselves involved in a disturbing investigation shrouded by Bible prophecy, doomsday cults, and murder.
Is Katrina still alive? And what exactly is Wormwood?
As the trail leads them into the woods of rural East Texas, Frank must deal with his lingering religious doubts and solve the case. His worst fears will be realised when he must discover the ugly truth about Wormwood. But he and Rob will have to get out alive to tell the story... 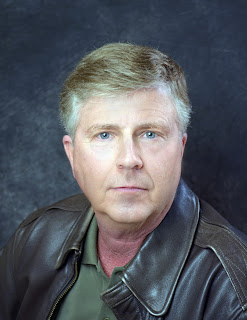 Larry Enmon retired from the U.S. Secret Service and started writing. During his career he acted as liaison between the USSS and FBI, working in the Joint Terrorism Task Force.  He received special training from the FBI and CIA in weapons of mass destruction.

For relaxation, and to get away from the city, he likes spending time at his ranch in rural Eastern Texas. With 200+ acres, private shooting range, a 2 ½ acre pond, and miles of woodland trails to explore on four-wheelers and RTV’s, it’s the perfect getaway.
He swims four miles a week, holds a Divemaster rating with the Professional Association of Diving Instructors and has a black belt in Tang Soo Do karate.  He is married with two children and lives in Tarrant County, TX.
His debut crime mystery novel Wormwood is being published by Bloodhound Books, Cambridge. He is represented by the Andrew Lownie Literary Agency, Ltd, London.
To Connect With Larry Enmon
Twitter: @LarryEnmon
Instagram: @Larry_Enmon
Website: http://www.larry-enmon.com
Facebook: https://www.facebook.com/larryenmonbooks/
Posted by NerdishMum at 15:00