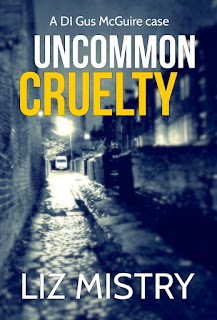 Life Of A Nerdish Mum is taking part on the last day of the blog blitz celebrating the release of Liz Mistry's newest book, Uncommon Cruelty. I am honoured to host a fabulous Q&A with Liz.


DI Gus McGuire and his team are called in to investigate the disappearance of a teenage boy after his parents return from a weekend away, to find their home trashed and their son missing. But that is just the beginning.
As the investigation unfolds, Gus must discover what links a violent bikers’ gang, a Muslim youth group and a fundamentalist American based Christian church.
Alongside this, two cases from the past come back to haunt DI Gus McGuire and his DS, Alice Cooper.
Gus has a lot to juggle, but will he cope?
Uncommon Cruelty is the fourth in the DI Gus McGuire series set in Bradford West Yorkshire and is a gritty, Northern Noir read.
Q&A

Are you much of a reader yourself?

I read quite a lot and usually in the crime fiction genre.  I love gritty serial killer novels and Chris
Carter is one of my favourites for that.  I adore Tartan Noir and make no secret of the fact that I really
rate Stuart MacBride’s Logan McRae novels.  His character Detective Roberta Steele is fantastic. I
love the way he combines the gritty Noir with laugh out loud humour.

I started a PhD in October 2017 and have been doing quite a bit of academic reading.  However,
because I’m researching the use of the teen voice in adult crime fiction, I’ve been reading a lot of
Young Adult crime fiction and really enjoying it.

I’ve just been sent an ARC of Jeffrey Deaver’s new novel Cutting Edge which, I believe, is out in the
UK in May and am itching to get stuck into that – I’ll be reviewing it on The Crime Warp in May.  I
also have Vicky Newham’s debut novel on my kindle ready to read – that’ll be next, I think, after
Jeffrey that is.

Who could you see playing Gus if the series was adapted for the screen?

Can you imagine how giddy I’d be if my series was adapted for the screen?  How ace would that be?
I’ve been asked this before and my answer hasn’t changed – it would have to be OT Fagbenle who
was in The Handmaid’s Tale, Harlan Coben’s The Five and BBC’s The Interceptor, to name but a
few.  I think he would easily make a sultry, deep and pensive Gus McGuire and he’s a brilliant actor. 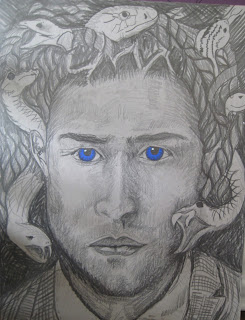 Do you find it harder or easier writing books in a series?

I’ve not written any standalones, so I’m not sure.  All I can say is that I love writing Gus and the
team. As the series progresses, the characters are becoming more well rounded and I can intuitively
guess what their responses are going to be.  In Uncommon Cruelty things are shaken up quite a bit
and by the end, Gus is facing one of his worst times to date.  I love pushing them, taking them that bit
further, exploring their pasts and seeing how what happened before impacts on them in the present.
In my next one, Compo comes into his own a bit more. I haven’t really explored his character in
depth yet, so I’m looking forward to peeling off the layers and showing the reader a bit more about
what makes Compo tick.

I still have a fair few Gus and co books in mind, so I visualise the Gus McGuire series going on for a
long time to come.  So, watch out Bradford … who knows which parts of the city I’ll feature in my
next books.

What would be your dream writing space?

At the minute, I share my time writing in either my home office which is ‘cosy’ (cramped), but has
everything I need and Leeds Trinity University Library, where I can’t get distracted too much.  I also
love writing in café’s and pubs. I’m a people watcher and an avid eavesdropper, so anywhere there
are people suits me. If I could have a custom-built writing space it would be just like my home office
only bigger.  I have cork boards on the walls and have loads of stuff pinned on there. I have book
shelves and loads and loads of notebooks and pens in different colours. In the corner I have a single
futon folded up, which I use to read on when I’m fed up sitting at the computer.

What do you know now which you wished you knew when you were first setting out on your
writing journey?

Well, for a long time, I wasn’t even sure I could finish writing a book, then I did.  But then I was
thrown into this alien world of edits and proof reads and self-publicity and things I didn’t know I’d
need to learn … and I love it.  So, I suppose what I wish I’d known then was how much I was going
to love my new life as a published author, creative writing teacher, PhD student and sometimes
literary festival panellist.  I wish I’d had faith in myself years ago … but then Bloodhound Books
weren’t around years ago, were they? So, maybe things happened at just the right time for me. 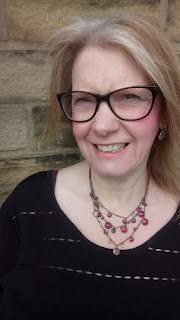 Liz writes crime fiction books set in Bradford, West Yorkshire. The DI Gus McGuire series is gritty Northern noir with a bit of Scottish thrown in.  She is currently researching for a Ph. D in creative writing at Leeds Trinity University. As part of her Ph.D she is researching how the teen killer’s voice is portrayed in the adult crime fiction novel with specific reference to the influence of  teen social media usage, with a view to writing a crime fiction novel around these issues.
Liz also teaches creative writing, specialising in crime fiction and is a regular panellist at literary festivals throughout the UK.  She enjoys reading her work at Open Mic and Noir at the Bar events. She was chosen to be one of the spotlighted authors at the Bloody Scotland crime writing festival in 2016.  She is the lead blogger for the well renowned crime fiction blog The Crime warp which reviews contemporary, mainly UK based, crime fiction, comments on current issues around the genre and creative writing in general and interviews authors on a regular basis.
She is available to comment on current issues around creative writing in general and crime fiction in particular and to speak at local and national festivals and conferences
To Connect With The Author
Facebook: @LizMistrybooks
Email: LizMistryAuthor@yahoo.com
Twitter: @LizCrimeWarp
Blog: https://thecrimewarp.blogspot.co.uk/
Website: https://lizmistrycrimewriter.wordpress.com/
Don't Forget To Check Out The Rest Of The Blitz 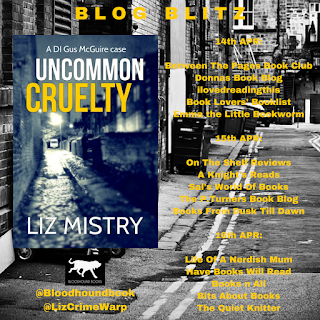