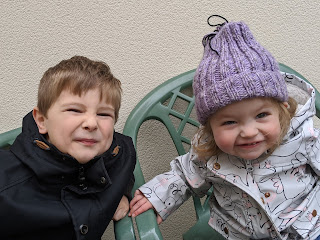 Today has been a lot more laid back than yesterday, baby Nerdling was up for 4+ hours in the night and I was slow to get going. I made sure we did "school work" this morning so that if we did nothing else all day, it didn't matter. I know some people have timetables etc set up, but I'd put far too much pressure on myself if I did that and I'd fall apart of it wasn't kept to perfectly! With having a toddler to work around as well, timetables need to be flexible.

We did make sure that mini Nerdling completed his kickboxing challenges, which were even more challenging today as baby Nerdling was tickling him in-between sit ups.

In the afternoon we got into the back yard and ran around with bubbles for a bit before sitting on floor and drawing with chalk. Both Nerdlings thought this was amazing! Such a simple activity but they both really got into it. I only had to stop them because baby Nerdling tried to eat rocks. 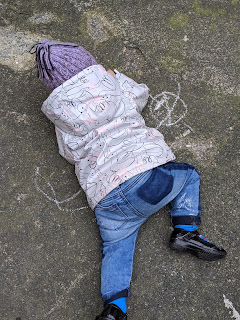 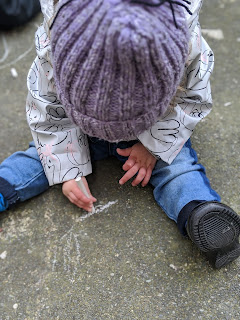 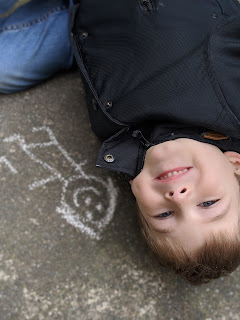 When baby Nerdling went to bed, me and mini Nerdling got a couple of his Toucan Boxes out and crafted for a while before bed. Both need drying time over night, so we should finish both of them tomorrow. 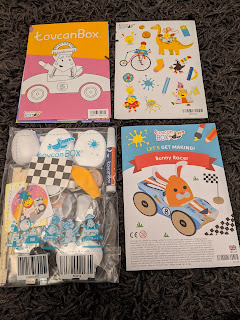 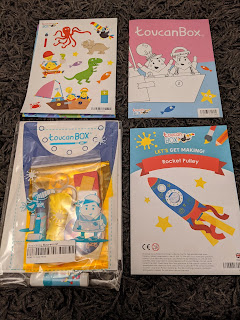 Tonight mini Nerdling has alternated his bedtime reading with Awful Aunty by David Walliams. He always has more than one book on the go. This though has led to him asking to learn about Roman Numerals tomorrow as that's how the chapters are numbered and he wants to understand.

I know this has turned kind of diary like, but it's very therapeutic for me, so I hope those of you who are reading are still enjoying it.
Posted by NerdishMum at 22:34