Getting To Know... Annika Milisic-Stanley 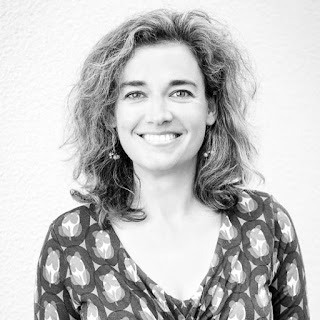 I'm welcoming Annika Milisic-Stanley to Getting To Know... today on Life Of A Nerdish Mum, Annika is the author of The Disobedient Wife.

Your debut novel, The Disobedient Wife, was released late last year, what was the inspiration behind this story?

When I lived in Tajikistan I became very interested in the country. I decided to write a story about the interactions between a rich expatriate and a poor entrepreneur in order to depict different lifestyles in Dushanbe. I was inspired by the stunning mountainous landscapes, the stories of drug trafficking and the raw ugliness of Soviet high-rises in the winter juxtaposed against tree-lined avenues and pristine snow.

The Disobedient Wife is set in Tajikistan, was there a reason that you chose this country?

Yes. I lived there when I started writing the novel. It is far easier to write the details of a story when you live in the place where it is set.

The Disobedient Wife focuses on Harriet and Nargis two very different women, do either of them have any of your personality traits or character?

I would say that I am more like Nargis, the Tajik, than Harriet, the British expatriate. Nargis strives to do better for herself and her children. She uses her opportunities positively and has a strong sense of her own agency, whereas Harriet is swept along by events and made desperate by her inability to shape her own destiny.

Yes, though I worked for twenty years as an anthropologist before finally deciding that I would try and get published creatively.  I won the Cinnamon Press 'Debut Novel' Award for 2014 and they published me in late 2015.

When I am not writing, I am usually working as an editor, or preparing paintings for a commission or exhibition. I take my kids to football tournaments and spend winter weekends teaching them to ski. One day a week I volunteer as an English teacher with refugee men at a day centre in central Rome where I live. I cook, garden and run.

What did you do before becoming an author?

Before publishing my novel, I worked as a programme coordinator and fundraiser and in anthropological assessment for humanitarian agencies across the world.

You have done a lot of travelling, do you have a favourite place that you visited?

India has my heart, but Croatia is a country that I know well and love visiting every summer.

You have a blog, The Disobedient Author, where you share book reviews, personal views on the world and your writing experiences, what was the inspiration behind setting this up?

I created the blog up to make links with other writers and readers and to have a place where I could post my musings, book launch news and book reviews. I do not blog regularly though, as it takes too much precious time away from writing actual books. I also find the idea of posting my inner thoughts rather than fictional stories to the general public somewhat invasive and potentially dangerous.

I am completing a novel about a refugee named, 'The Girl with the White Suitcase'. Set in Rwanda, Kenya and Italy, it is about a young, intelligent girl who comes of age as a unaccompanied refugee, embarking on a journey of survival. Themes include tolerance and multi-ethnic identity. It ends well as she finds love and peace. 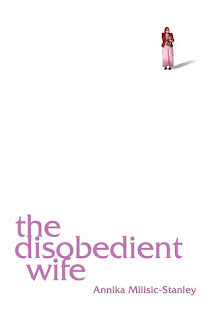 Two Women, Two Wives, Two Lives... The Disobedient Wife intertwines the narratives of a naïve, British expatriate, Harriet, and that of her maid Nargis, who possesses an inner strength that Harriet comes to admire as their lives begin to unravel against a backdrop of violence and betrayal.Through Harriet’s journal, we see Tajikistan through the eyes of an ex-secretary and diplomat's wife.  She is blissfully unaware of the underground Islamism that threatens the stability of the iron regime and ignorant to the hardships that face the ordinary people in her employ.By contrast, Nargis is a young, single mother supporting two children and elderly parents, tainted by scandal for leaving her abusive second husband. Harriet helps her start a business and Nargis starts to lift herself out of poverty, only to face new obstacles, becoming entangled with drug traffickers who threaten her life... Rich with sense of place and deeply humane, Milisic-Stanley brings the acute observation of an artist and social anthropologist to bear on this moving and compelling story of how two women survive and thrive in difficult circumstances.