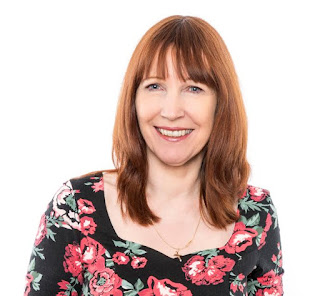 Today on Life Of A Nerdish Mum I am happy to welcome Karen King to my blog, Karen is the author of many books and today I am shining a spotlight on her YA novels.

Hi Karen. You’ve written a wide variety of books in many different genres, most of them are for younger children. What made you decide to write YA (Young Adult) and what was the inspiration behind your two YA books, Perfect Summer and Sapphire Blue?
Hi Helen. Thanks so much for hosting me. Yes, most of my books have been for younger children, although I write romance novels too. I didn’t make a conscious decision to write YA but the story plots I was working on were more suitable for this genre and my characters were teenagers so YA it was. 😊 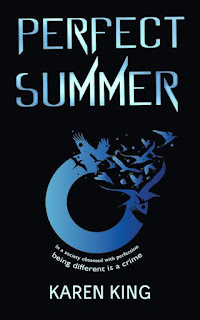 What inspired you to write Perfect Summer?
Don’t be fooled by the title as this is rather a gritty book.  It’s set about thirty years in the future when society is so totally obsessed by perfection that plastic surgery (now called body enhancement) is the norm and anyone who is slightly different, or disabled in any way is looked down upon. Morgan, the heroine, has a friend called Summer who is beautiful, rich, has cool parents and a seemingly perfect life whereas Morgan isn’t so beautiful or rich and her little brother Josh has Down’s syndrome.  Morgan and her family get a lot of hassle from the Ministry who want them to put Josh in a Residential Learning Centre, where most disabled children are sent, but Morgan’s family refuse. Then one day Josh goes missing and the authorities aren’t interested so Morgan and Summer decide to investigate. They, along with another teenager called Jamie whose little sister, Holly, has gone missing too, uncover a sinister plot involving the kidnapping of disabled children and find themselves in danger. Can they find Josh and Holly before it’s too late? Expect a few shocks and to shed a tear or two.
I got the idea for this story when I read an article about girls as young as four and five being worried that they were too fat or too ugly. That’s really sad. I started to think how far this obsession with perfection would go, would it get so bad that people who didn’t have perfect looks would be shunned from society? And how would people with disabilities be treated? I hope people will read it and start to question whether people should be judged by their looks and that girls, in particular, will stop worrying about having perfect looks. The dedication inside the book says ‘For everyone who thinks they aren’t beautiful, thin, clever or good enough. Celebrate your uniqueness. There is only one you.’ That’s the message I want to get across. 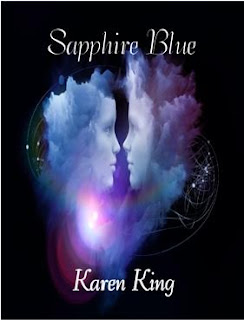 Sapphire Blue is very different to Perfect Summer, isn’t it? What was the inspiration behind this title?
Sapphire Blue is set in the afterlife and is based on the concept of true love being eternal.  Sapphire and her boyfriend Will are killed in the first chapter but love each other so much they search for each other. They find that the after-world is split into seven zones, each named after the colour of the rainbow. They each believe the other one to have been taken by the Soul Catchers to Red, a zone where all your nightmares come true. They love each other so much that they go to Red to find each other. I don’t want to give away too much of the plot but it’s a mix of romance and horror – the first time I’ve ever written horror, actually.  It’s not my usual sort of story but it’s the one that I’ve carried in my head for seven years so I hope the readers enjoy it.
The phrase ‘I’ll love you forever’ was the springboard for this idea. I believe that we move onto an afterlife when we die, slipping back into the world we came from, and that we meet family and friends again, that we can grow and process. A story idea of two teenagers getting separated in the afterlife started to form in my head. I wrote a brief synopsis of the story and sample pages and sent them to a publisher I worked with who were planning on expanding their children’s fiction list. The editor loved the idea right away and told me they wanted it when they brought out their YA list. A couple of years passed during which I wrote several other books and added to Sapphire Blue now and again. Then the publisher told me they’d had to shelve their fiction list so I put it away. A friend who’d seen the original chapters persuaded me to keep writing it up. I got about half way through and shelved it again.  Then another writer friend read it and persuaded me to finish it. So finally I did and Solstice Publishing USA offered to publish it. I love the cover of the book, it’s perfect for the story I think.


Karen King is a multi-published author of children's books and romantic fiction. She has had 120 children's books published, four romantic novels and several short stories for women's magazines. Her first YA novel, Perfect Summer was runner up in the Red Telephone Books YA Novel 2011 competition. Her second YA, Sapphire Blue, was declared 'The best YA book out there right now' by an Ind'Tales magazine reviewer. Her latest romance novels with Accent Press are The Cornish Hotel by the Sea and I do?... or do I?
In addition, Karen has written several short stories for women’s magazine and worked for many years on children’s magazines such as Thomas the Tank Engine and Winnie the Pooh as well as the iconic Jackie magazine.


When she isn’t writing, Karen likes travelling, watching the ‘soaps’ and reading. Give her a good book and a box of chocolates and she thinks she’s in Heaven.